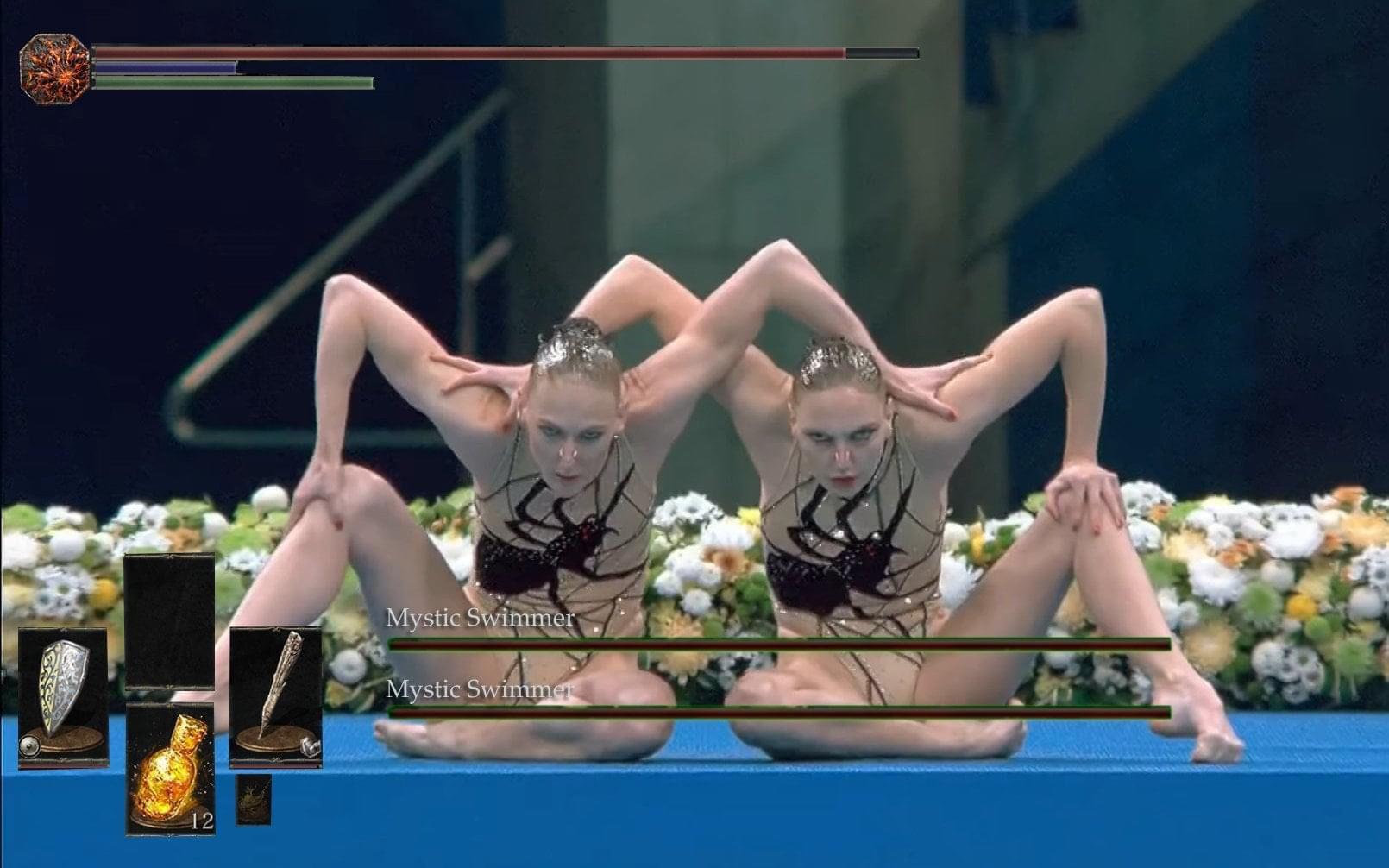 dark souls
this is art 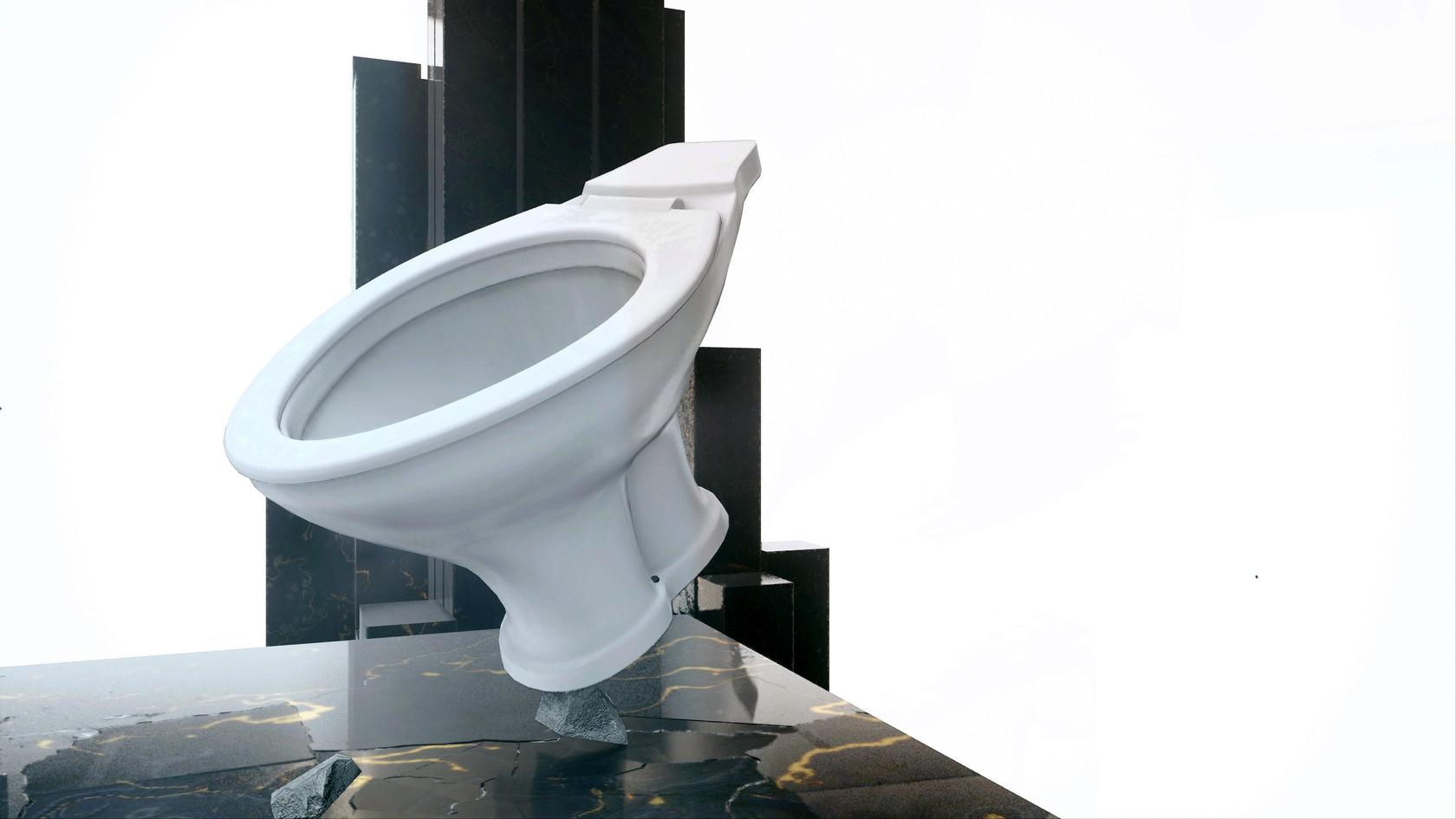 Toilet of the Astral Plane!

Have you ever wondered where angels, Morpheus, and Elon Musk all prefer to spend their thinking time? It’s right here. Thank you to our Bucket Brigadier ILikeSocks for being the oracle of this porcelain messiah. From Control, this is the Astral Plane shitter! Get your reiki-charged moonwater enemas ready and make sure those amethyst crystals are up your butt, cos this is where you shit them out. Incredibly, there’s even a secret achievement associated with this shitter. 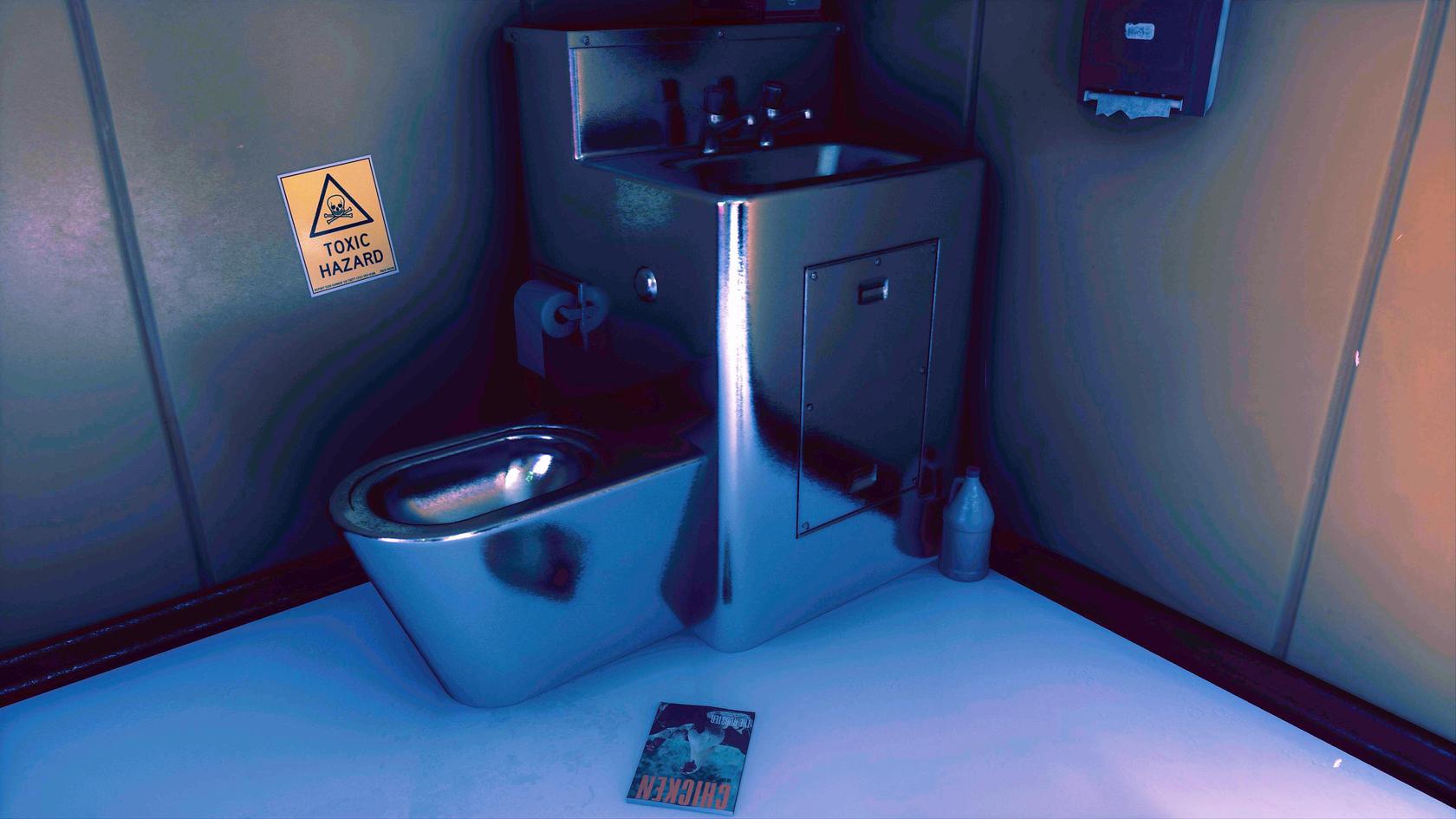 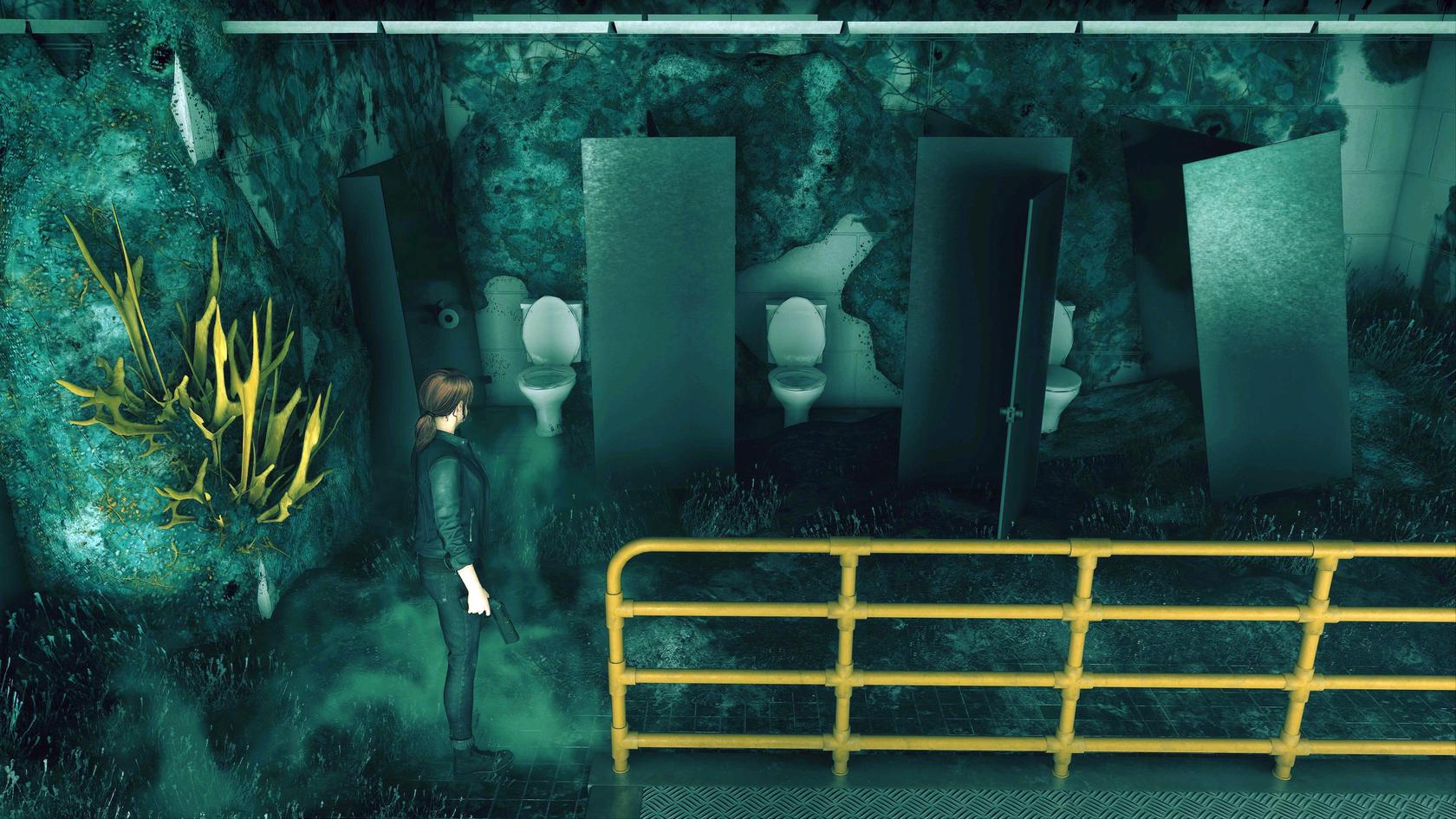 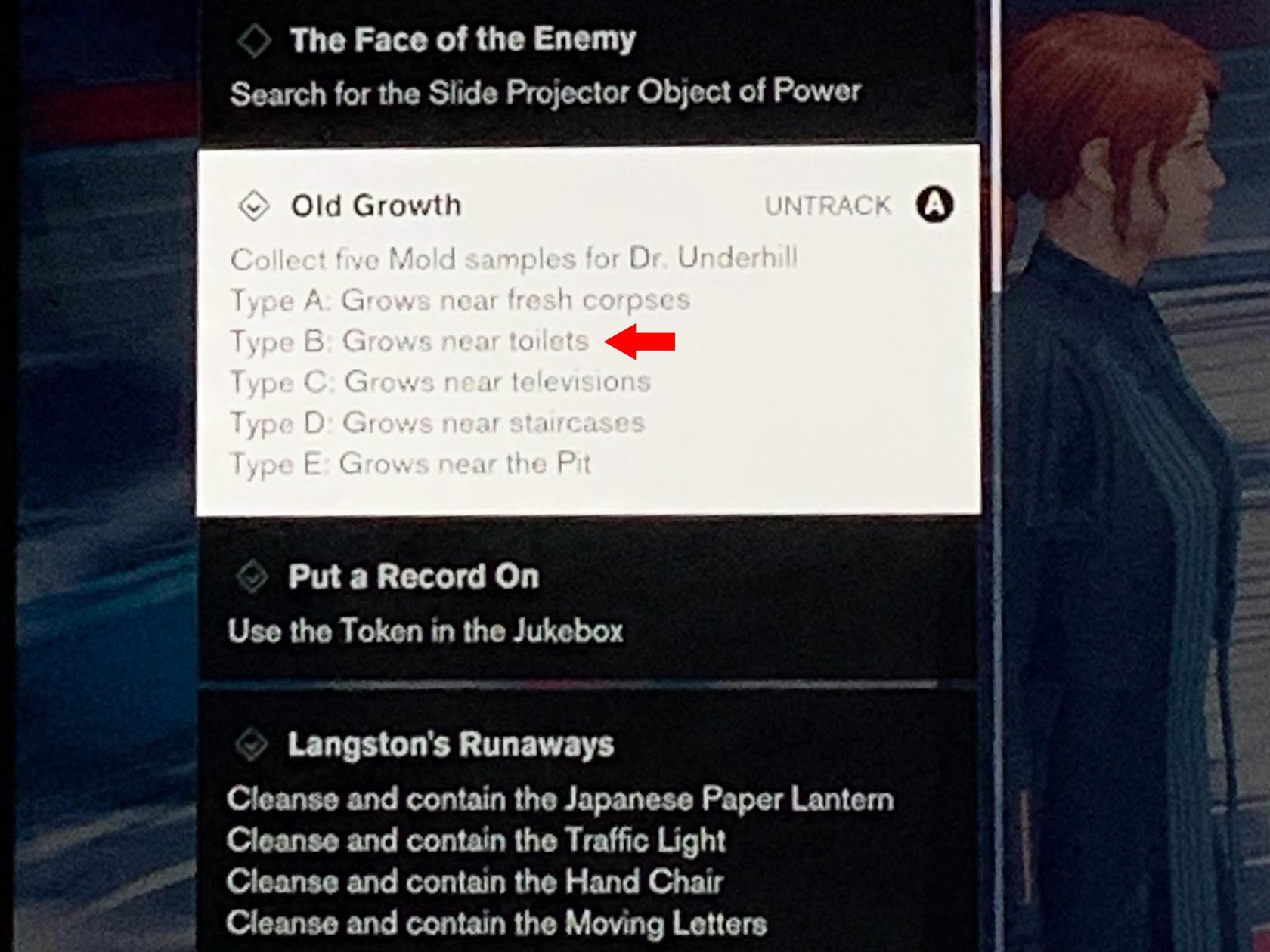 Bucket Brigadier ILikeSocks has blessed our eyeballs with these gorgeous shitters! These are all from the game Control. First, we have an exceptional shiny metal specimen! Please note the bling bling reflections, the toxic waste, plus a magazine labeled CHICKEN. I really do like the “Sink Twice” model here, fully clad in modern AF stainless steel, and the sign here seems to indicate that yes, you can dump that toxic sludge you’ve been looking to dispose of down this very drain. Although it still has a ways to go to be fully environmentally-conscious, as there’s both TP and HP (Hand Paper) being dispensed in this room.

Second, this bank of shitters. You set forth on the noble quest to obtain mold spores called “Type B”, aka butt variety. From our brigadier: “I got a side quest that involves getting some mold samples, and one of them specifically says I gotta find it near toilets.” Quests involving shitters will always win my heart over, so I’ll go ahead and endorse this game I haven’t played yet. Gotta be a good one if it features shitters as NPCs. 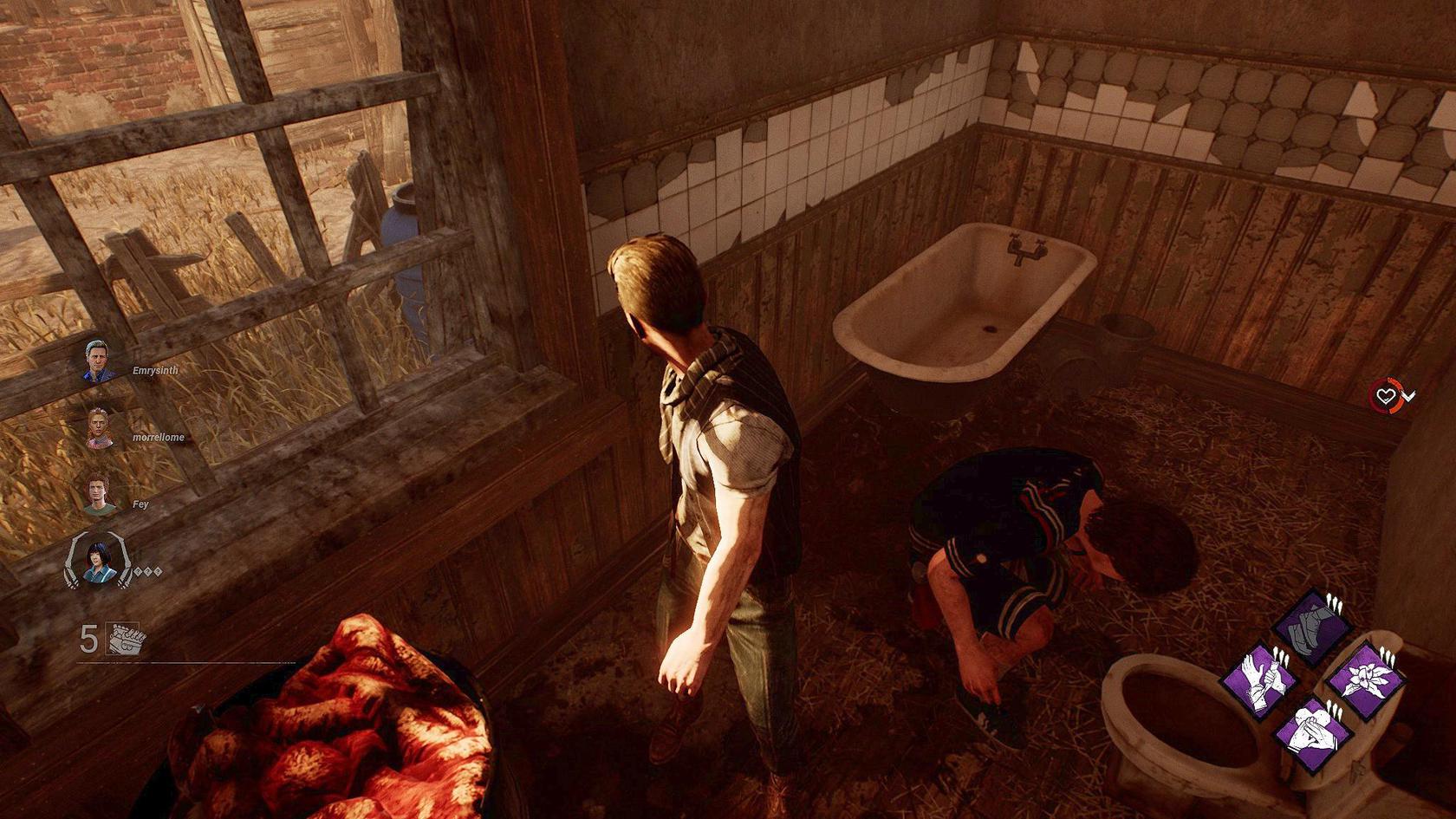 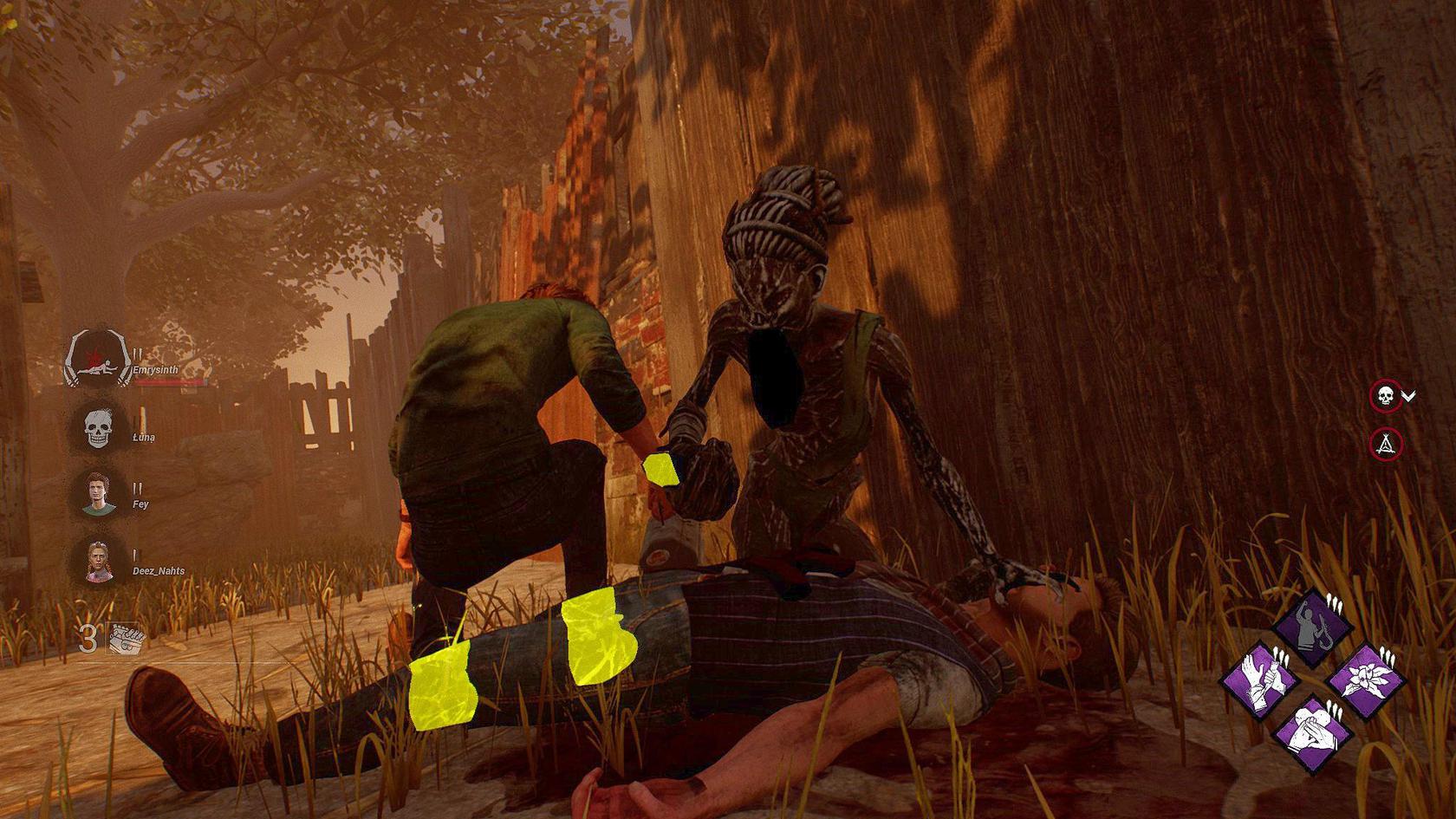 I wasn’t sure what to call this one because it’s just from a random map in Dead by Daylight. This rather tragic story is brought to us by bucket brigadier Emrysin who suffered horribly to get us this photograph. So at least try to stifle your horrified laughter as you take in this quite dramatic and heroic yarn:

“I said to my teammate, ‘We have to find the shitter.’ We ran by the house, I photographed the toilet, and I realize I should have made it more of a central focus of the photo, but as we are in the house I hear this noise and I think Oh whatever, it’s a noise, but then the killer found me. And I got the special kind of murder. In this match, the killer was The Hag and she - you can see her in the last photo - well, I’m bleeding out on the ground, and she has approached me and my teammate is there, and he is running away. As you can see. And you can see how I am being murdered. She sliced me and then she stuck her hand in and pulled out a thing and my teammate is there teabagging me before he runs away and this is what happened to me when I had to get that toilet. This is the fate that befell me.” 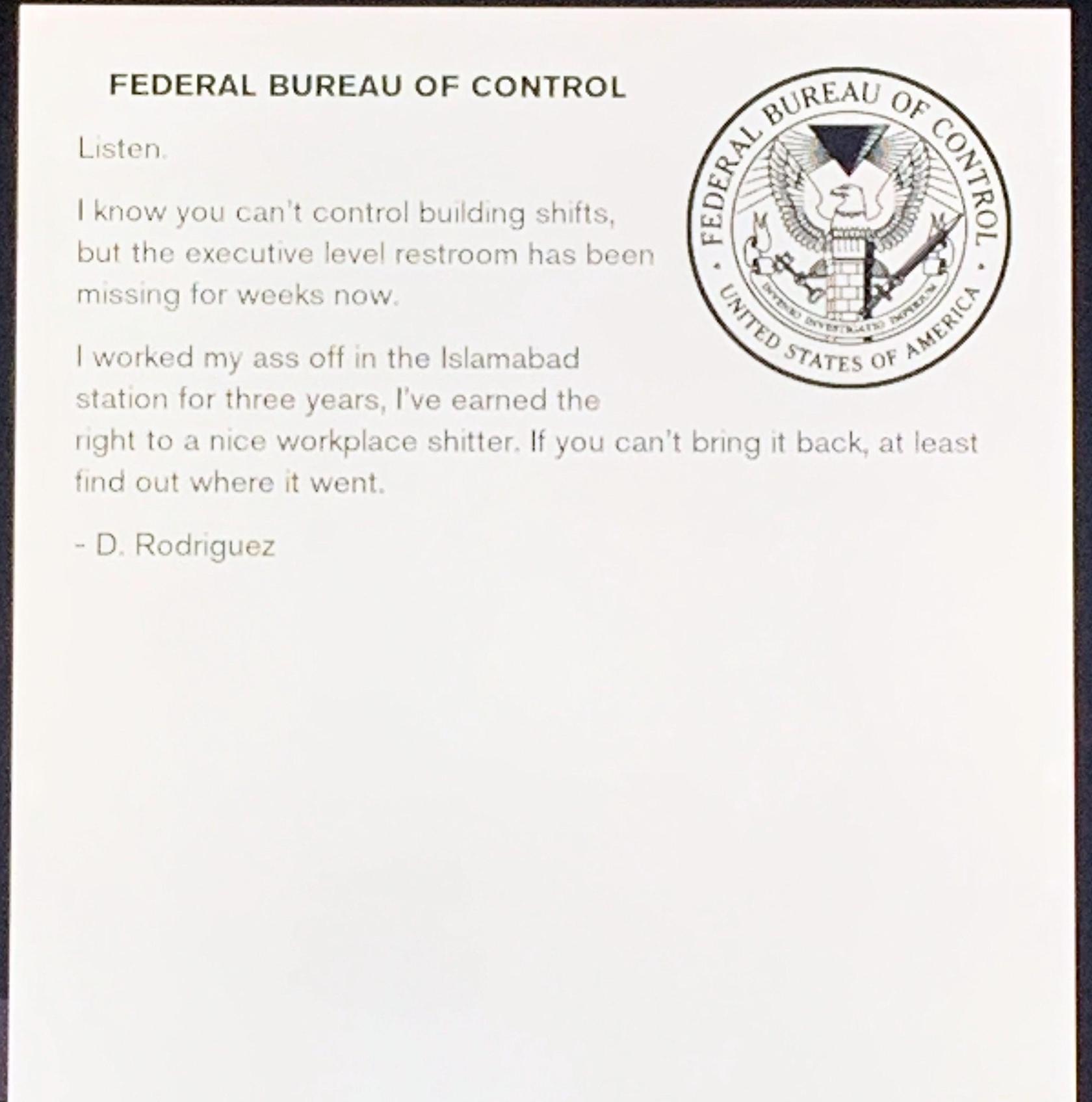 From bucket brigadier ILikeSocks, this memo can be found in the game Control. From our brigadier: “Yeah, the building is constantly shifting and shit, so apparently an entire department’s bathrooms just decided to move themselves. Every day we stray further from god.” 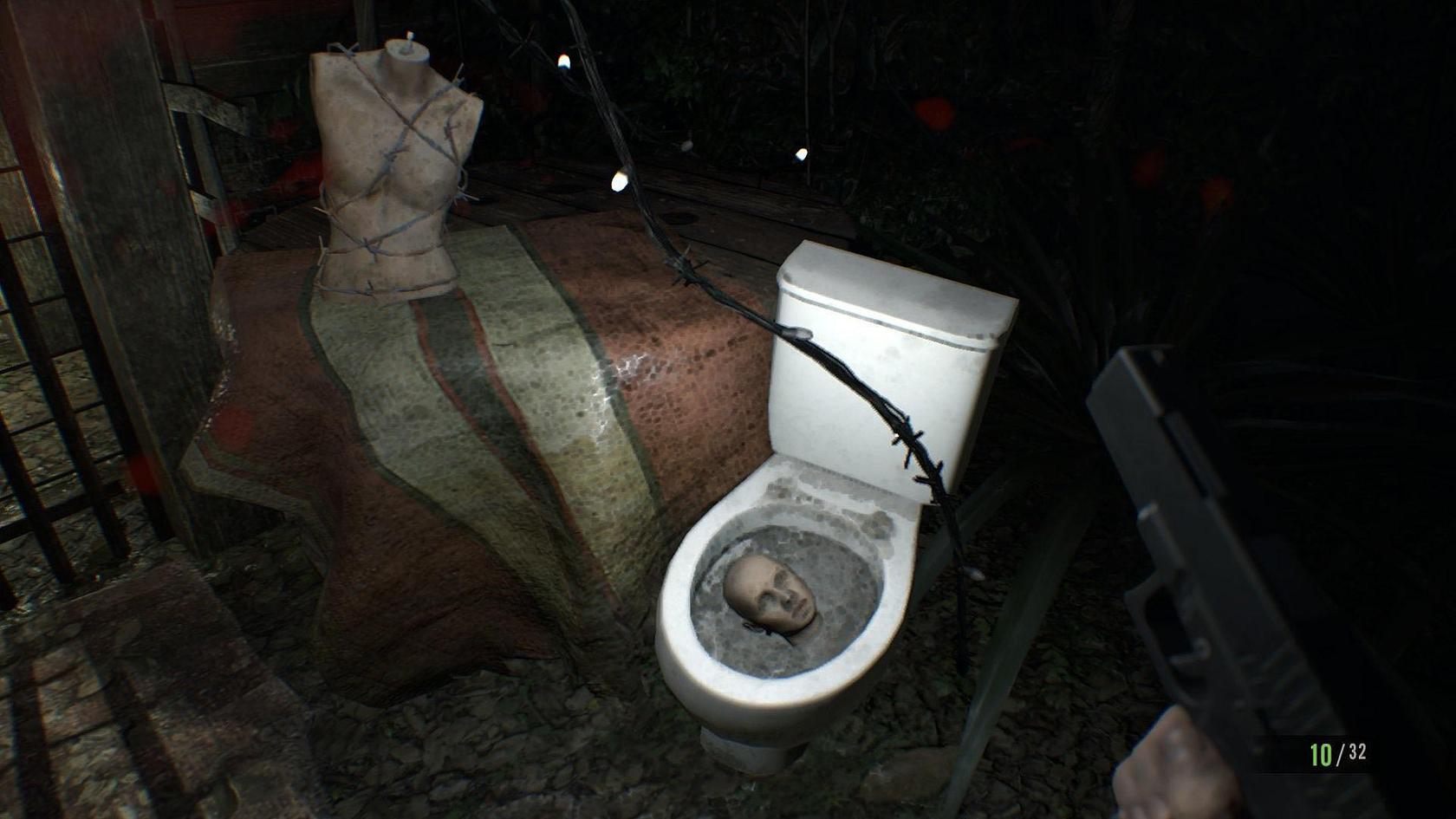 This one is part of the “Shitters of Fear” Anthology. From bucket brigadier ILikeSocks! I asked him if this doll was significant somehow to the plot? He says:

“Oh lol. It’s just a mannequin. You got captured by the cannibal mold people. It’s right after you escape the main house and reach the trailer to save before you move to the next area. There’s all this creepy shit throughout the house. Mannequins with barbed wire and babies wrapped in it hanging from the bridge.”

It’s this forced-fear shit that really makes you stop and think, Who is setting up this scene? Guys, we need more barbed wire and babies in here, or we’re not convincing anybody! 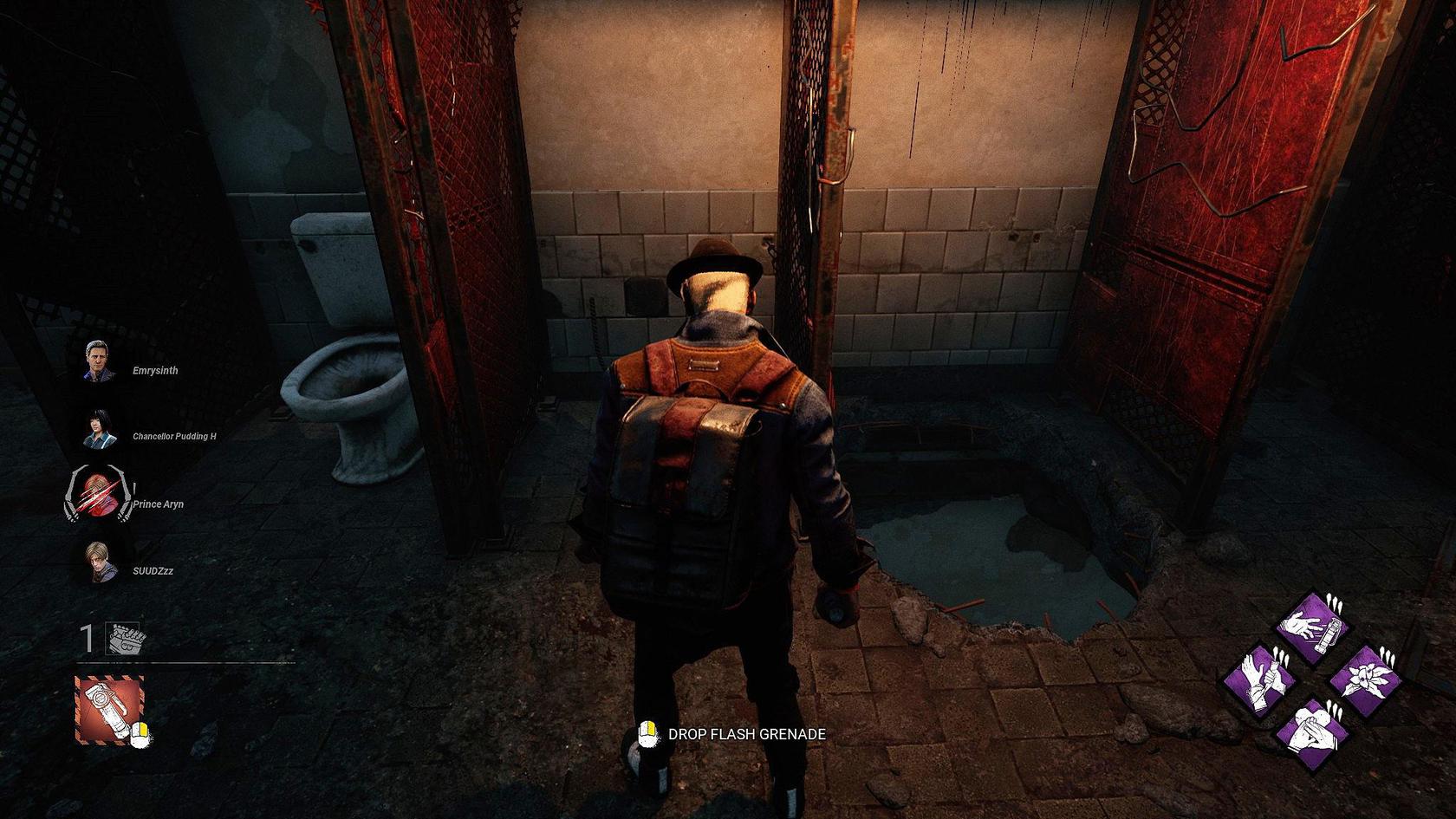 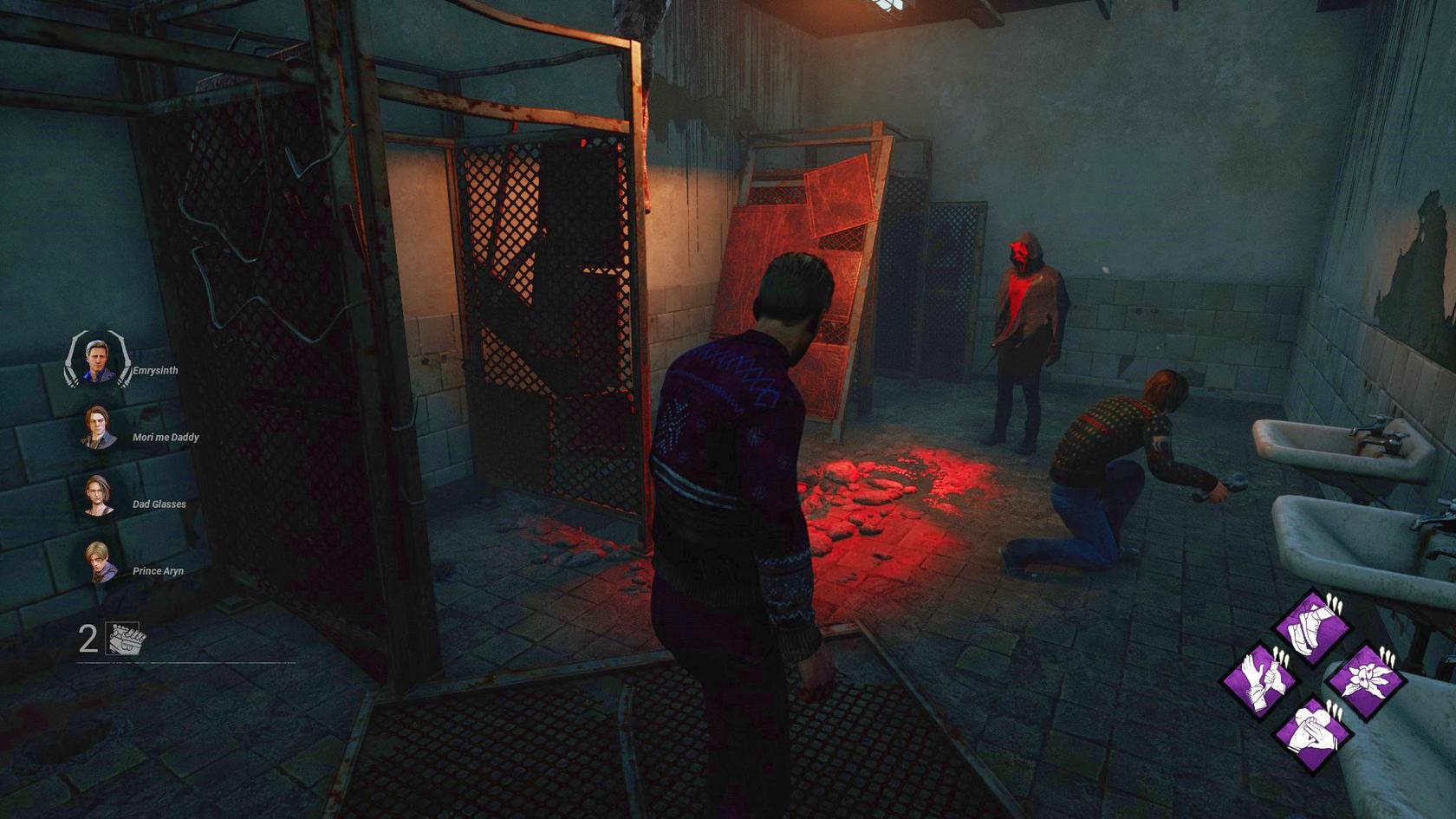 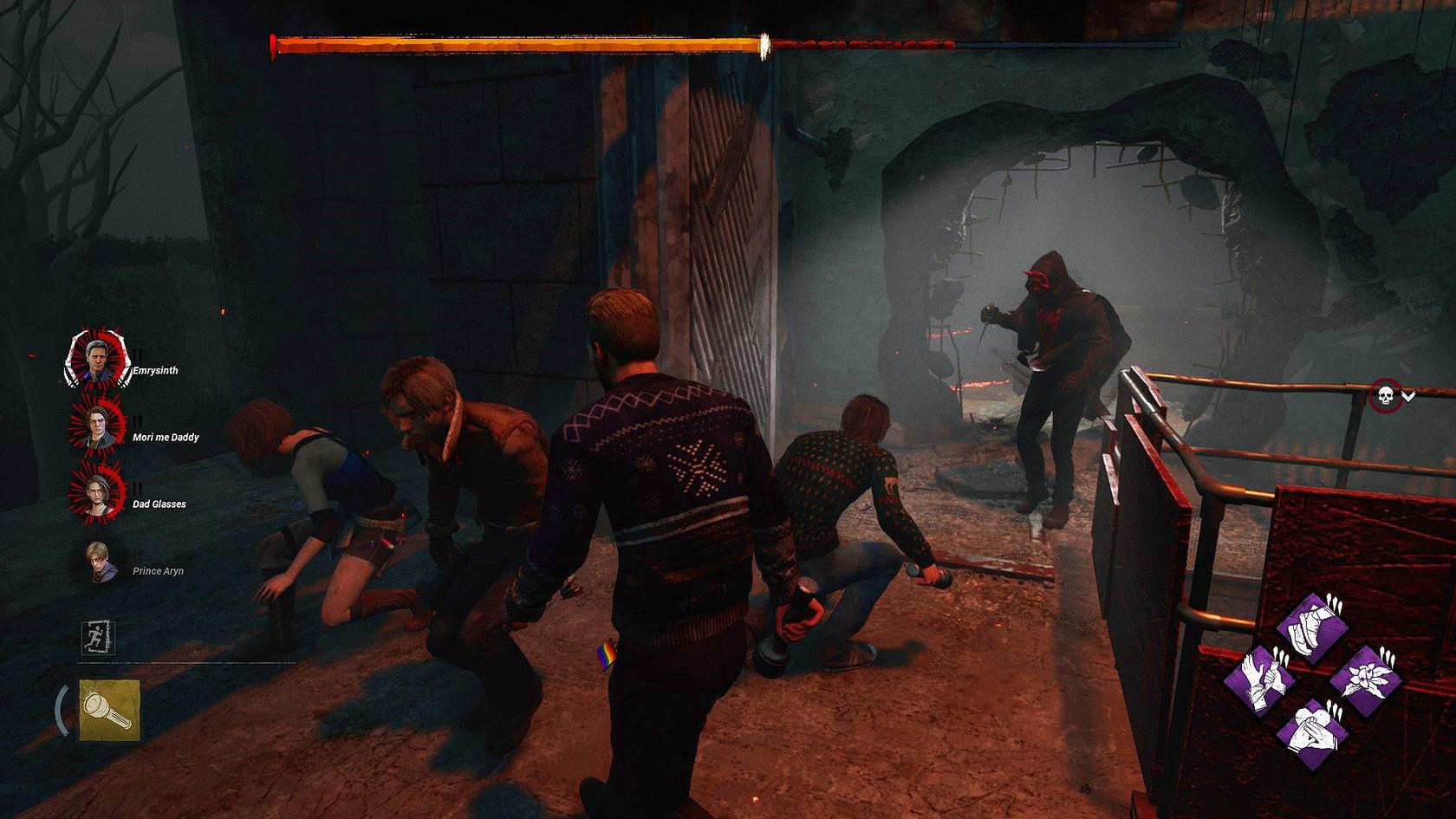 Dead by Daylight has only one Silent Hill map - it’s this one, and it has a shitter! This one is brought to us by bucket brigadier Emrysin. I know we have seen in the past where bathrooms make great squats for would-be killers and their ofttimes victims, but here’s a story that teaches us that shitters can be a bridge for community between these warring factions:

“First picture is obviously a solid shot of the toilet. Actually, this bathroom has a secret passage connected to it that goes from the upstairs to the downstairs portion of the bathroom. It has pipes and things, and the only way that you can get to it is if the killer breaks open the passageway. Well, sometimes you’ll encounter troll killers who are friendly and instead of killing you they fuck around with you, in a nice way. After NOT getting a troll killer for a long time, we happened to get one on this map; it was Ghost Face. In the first picture you’ll see this Ghost Face who is wearing an outfit with a red demon mask and is, in fact, not murdering us. Also apparently ugly sweaters are a thing and everyone insisted upon wearing their ugly sweater.

So this killer, we brought him to the bathroom. We were like, wash your hands, it’s important. We kept pointing at the sinks and he did a lot of crouching up and down, and I hid in a locker, and he ripped me out of the locker to carry me (as killers do). In the last photo, the bar at the top indicates the match is ending, and so we did a crouch dance for the killer. And he was very pleased.” 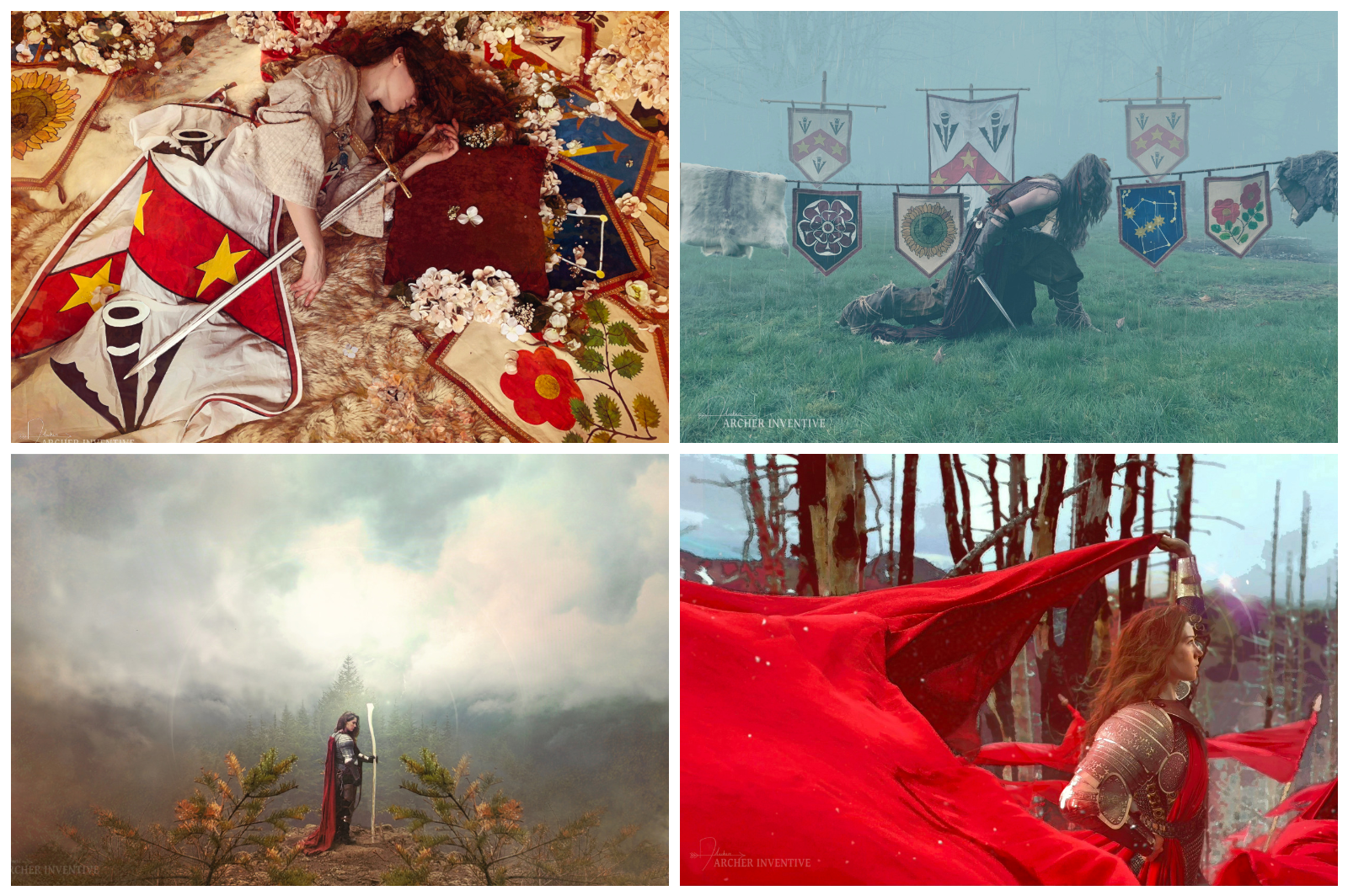 Image Source: Etsy
this is art 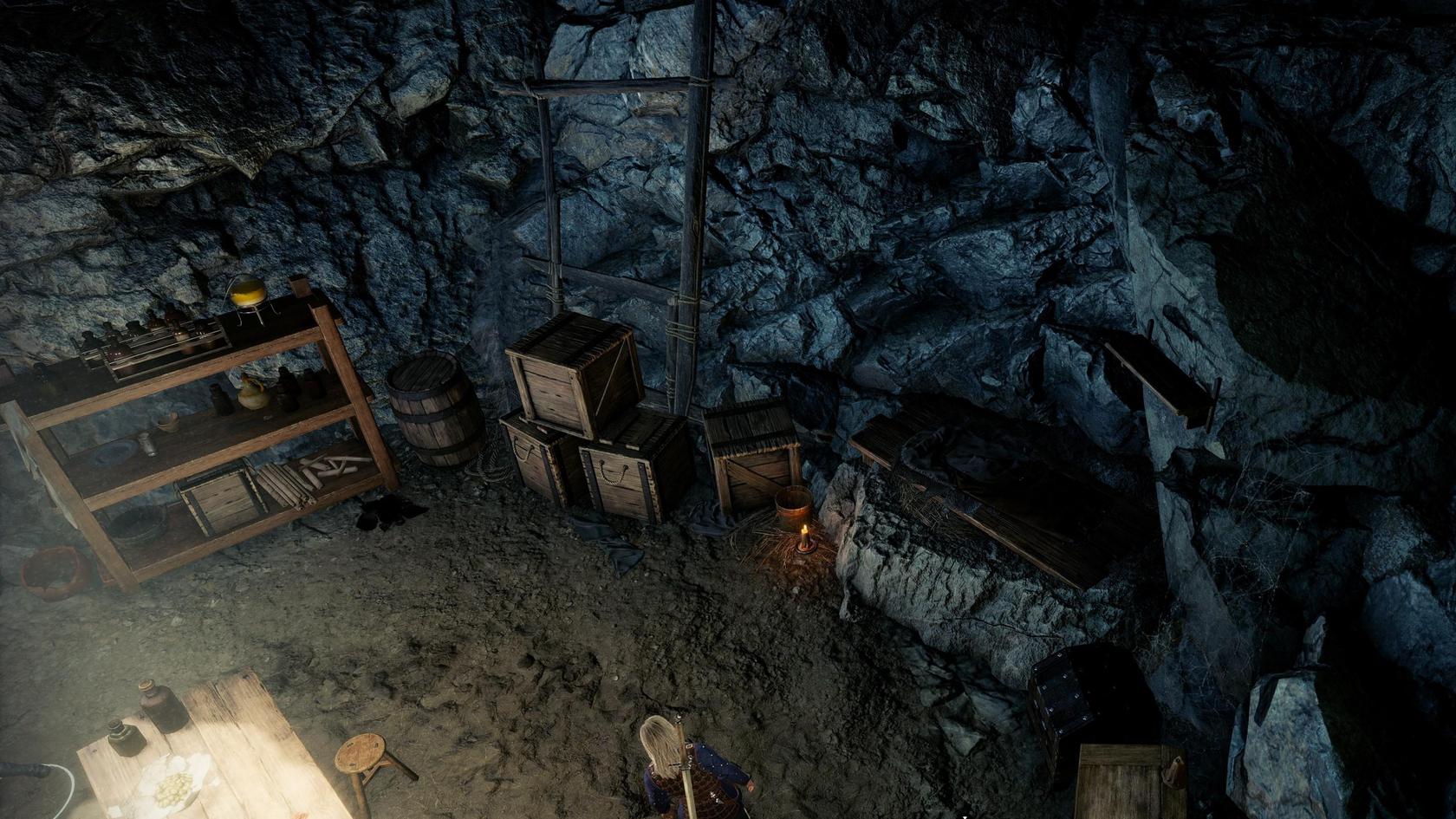 Submitted by bucket brigadier Emrysin! This is a secret clubhouse shitter. This cave, called the Whispering Depths, is hidden beneath a brew pub in a fucked-over/abandoned/ruined town which is now just called “Blighted Village”. Yes, once goblins get ahold of your town it just takes on this tainted moniker and you can forget about the picket fences and the bunting! This cavern is where a lot of spiders and desiccated corpses hang out, and they’ve been chilling here for a lot longer than the goblins. Trust. Turns out there’s a full-on Necromancer that’s been camping out in there as well, and this is where he would sometimes go to read and be alone. Similar to how a small child might claim a crawlspace, and maybe set up a beanbag, a tiny table, and some snacks and comics, the Necromancer has a little bunk here where he broods over his love of spiders, dark gemstones, and shadows. There are numerous diaries, lots of nondescript and dirty fabric, crumbling scrolls, unlabeled dusty bottles, and a SHITTER!!