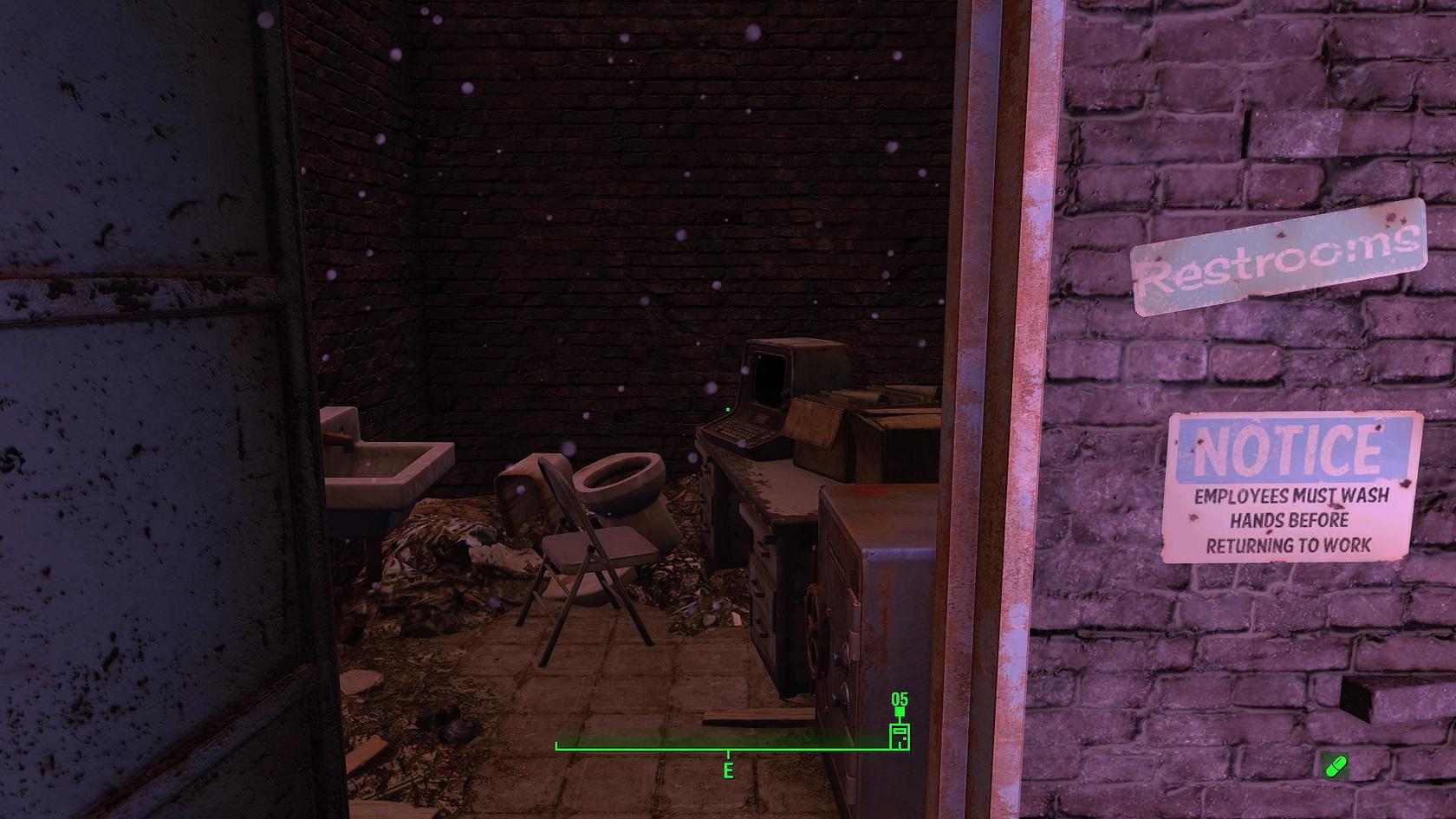 Do you aspire to be an alt-legitimate businesswoman, and to one day tunnel into an administrative treasury building? Take a leaf out of of the playbook of Bobbi No-Nose, the steely-eyed ghoul bitch who fucking hates the post-apocalypse Boston government. She’s a couple hundred years ahead of you, so if you wanna get on Bobbi’s level, the first thing you’ll need to do is hire a couple of patsies to do your dirty work. Queens do not sully their own hands.

Unfortunately for Bobbi, the patsy she hires is you and in the course of digging right into the crumbling, decaying bedrock of a once-great city, you kind of completely ruin Bobbi’s plans and her entire life. What makes this so tragic is Bobbi isn’t even worse than any of the murderers, assholes, pill pushers and mafiosos in the Wasteland. If not for the sidequest, this calculating entrepreneuse could have made it into the record books and gotten away with the heist of the millenium!

And where did our #WomanInTech cook up the blueprint for that heist? Right here is where the magic happens, baby! A home office that is also a secure place for stolen goods, also a storage facility, also a fucking pigsty for random garbage and also a SHITTER! Anyone who works from home knows if you want to get anything done you need that shitter close to your workstation and Bobbi closes the gap with this ludicrous life hack.