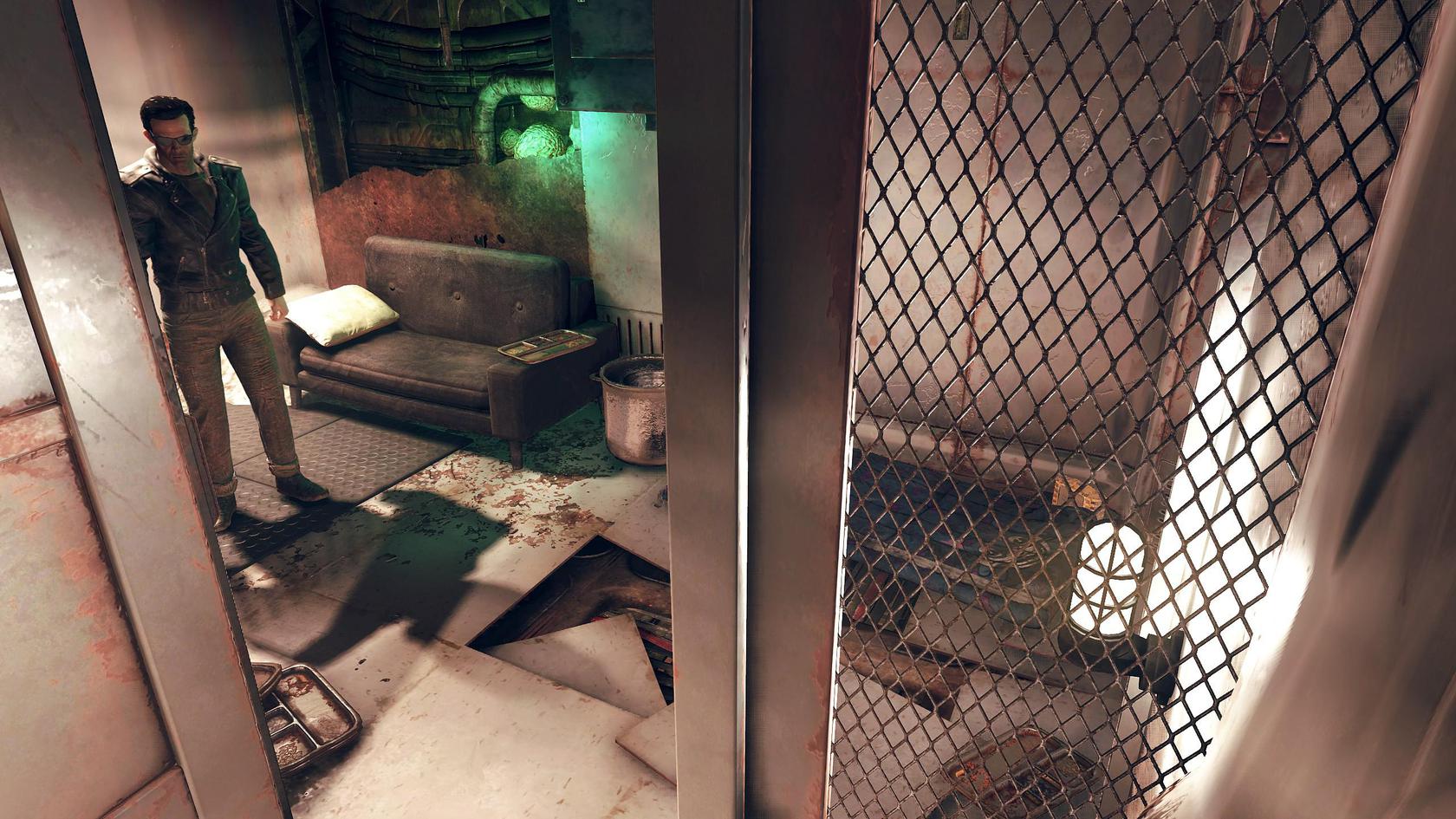 If you want to meet your new and intermittent best friend Beckett, you’ll have to make a stop at Rollins Labor Camp where he is imprisoned for mischief. Well, more specifically, he started dabbling in chems as part of his initiation into the Blood Eagles (sickguitarriff.wav) and got to thinking he could be boss. So they threw him in here and he wants YOU to get him out so he can go rescue his brother Frankie, who he abandoned in pursuit of his raider dreams (mutedsadtrombone.midi). Anyway, there’s his shitter! It’s legitimately a stock pot, which is huge, enormous and heavy and there’s actually a real bucket in the halway outside of his stall with some Abraxo in it, so I’m at a bit of a loss.