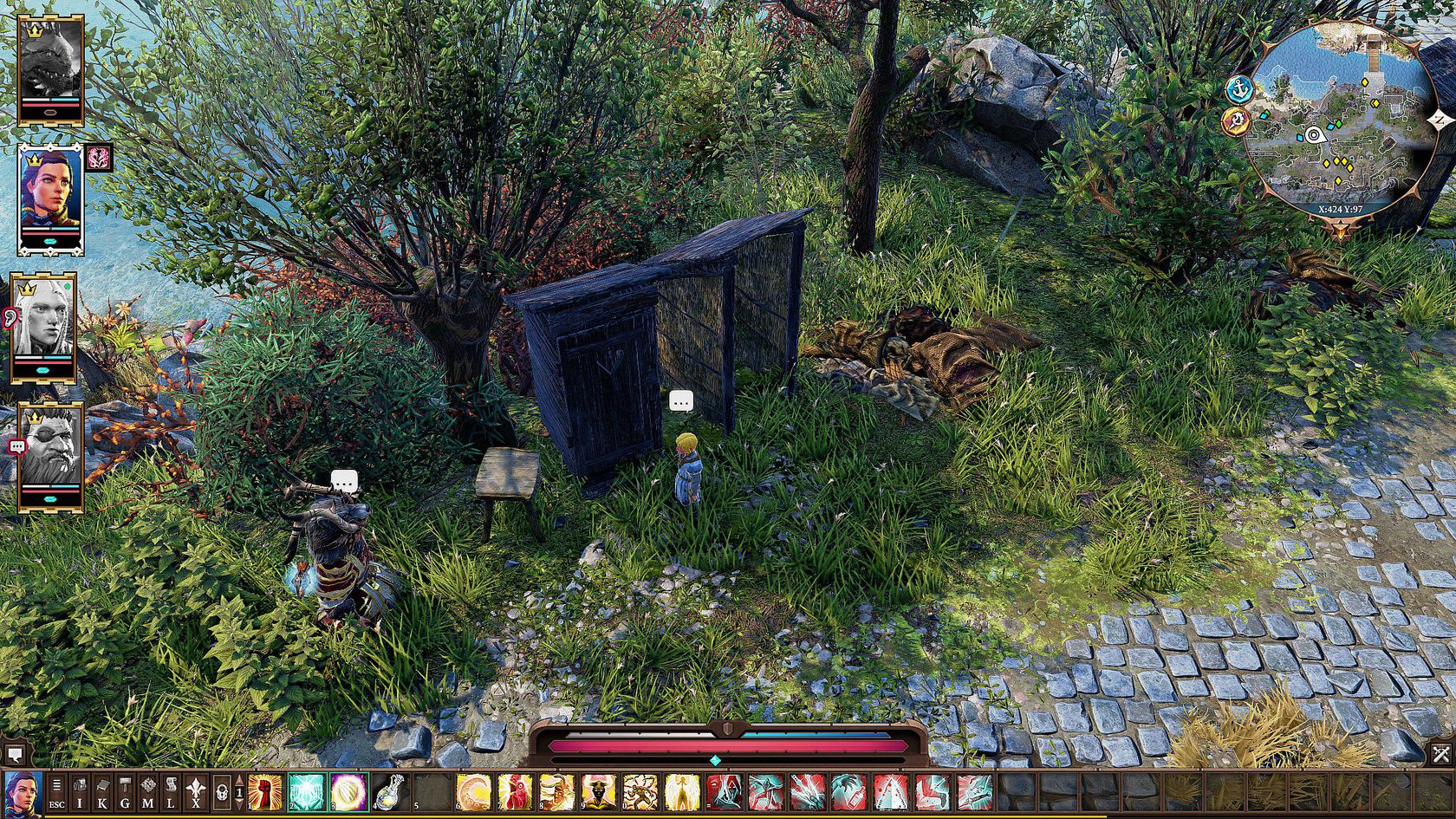 Here’s two shitters I found with our Bucket Brigadier of 2020, Azi! Look, there’s one for both of us.

I gotta say I don’t really understand these medieval shitters. If you take logic into consideration, they would likely be a seat atop an 8-foot-deep pit in the ground that gets covered up when it’s full. It’s gotta be used about 700 times a day, on the roadside like it is. If we’re honest, nobody is emptying this. So why did this township elect to place their shitter right here, 3 feet from the road? It really ought to be set further back from the main thoroughfare.

But anyway. This little blonde shit is named Pidge and he lives in the sad little town called Driftwood. Pidge for real just hangs out at the toilets and waits to talk to you about Ascension. I guess for a medieval child, there’s not a ton of fun to be had. He doesn’t even have a hoop to chase with a stick, and life is short and dark in Driftwood, so this is his calling in life. Damn, Divinity 2: Original Sin is tragic as fuck. 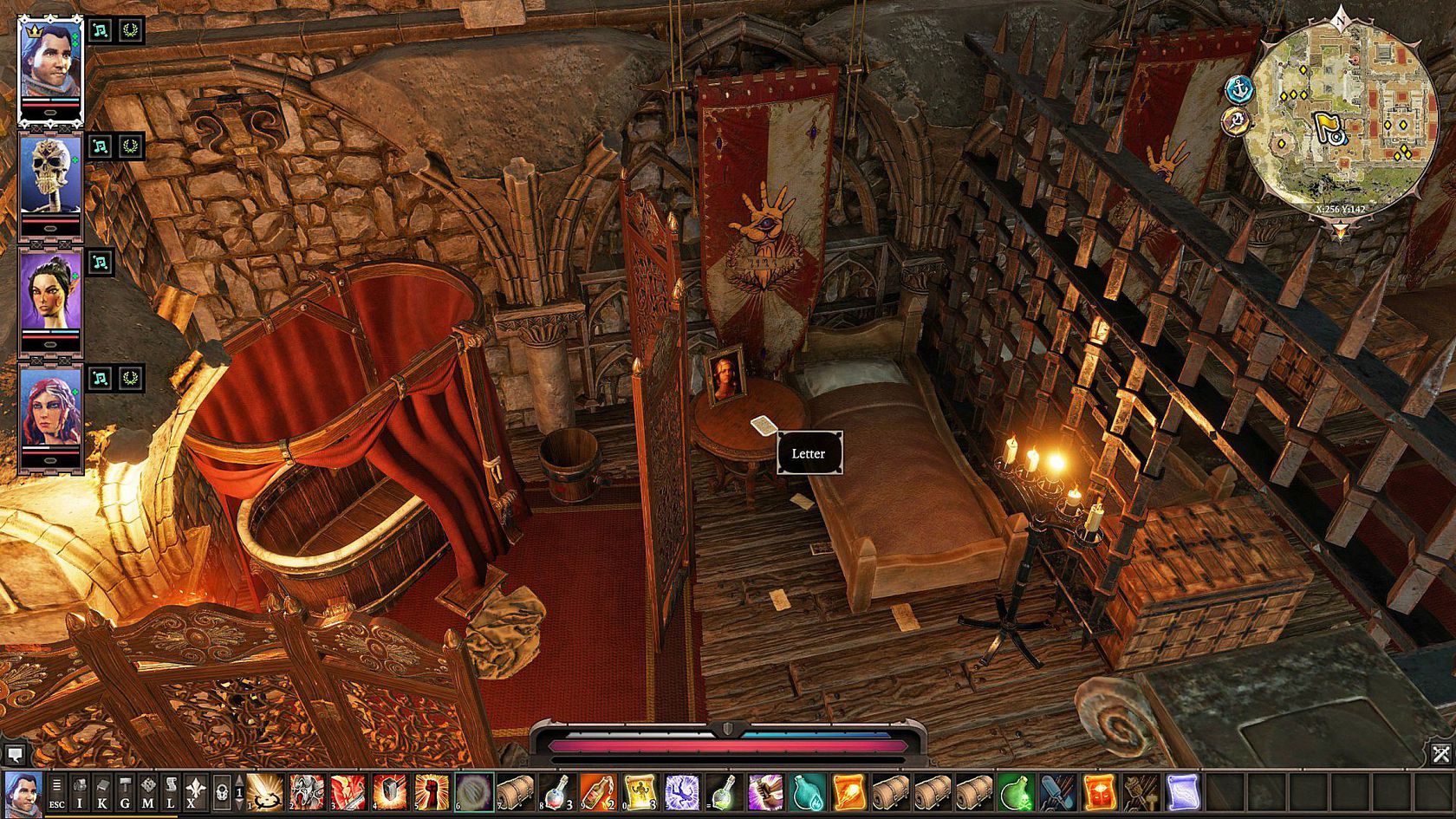 Full disclosure: I had actually taken a pic of this one myself, but my screenshot totally sucked so I found this excellent version on the guides website (referenced below). Admittedly, the guide was trying to highlight the quest item on the table there but you and I both know that we are here for the antiquated crap bucket.

High Judge Orivand shits in all his high-falutin glory in this friggin place - a crumbling fortress decked out in iron bars and coarse, red hempen banners. He has a very fancy bath, where he likes to scrubadub all under his judgmental fingernails and between his inquisitorial toes. That bucket next to the washtub? We all know what that is. The servant who brings the water isn’t leaving the water bucket there and there’s no water in this scene anyway so don’t even start with me. What you are looking at is the genuine article: A shit bucket from the Dark Ages! 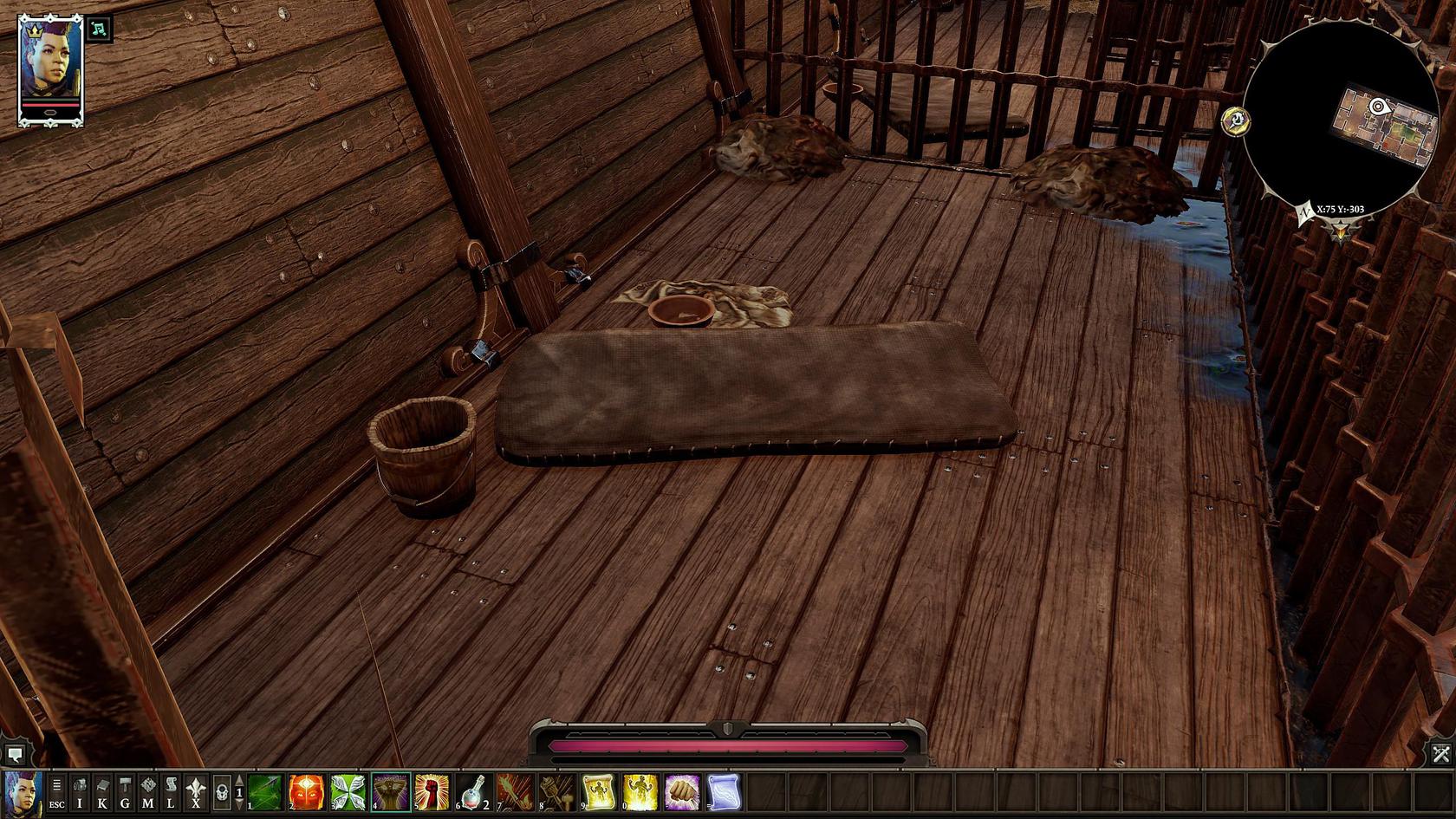 So you’re on your way to sunny Fort Joy, a vacation destination of relaxation and recreation? Well fella, I hope for your sake that your ticket says The Merryweather, a steamship of unsurpassed luxury. With entertainment venues on every deck! Here’s the exclusive VIP cabin. Though your bunk is connected securely to the floor via direct contact, just close your eyes to experience virtual hammock-swaying action, thanks to the turbulent rolling of furious ocean waves. Water isn’t leaking in from the walls and ceiling, it’s actively freshening the air with a seasalt spray! The lumps in the corners are just lumps. Try not to think about them! Or touch them. Wave to your neighbor through the rustic room-dividing privacy curtain! You have a shitter and he doesn’t. That’s what makes this bunk VIP. No in-transit food will be served. Bon voyage. 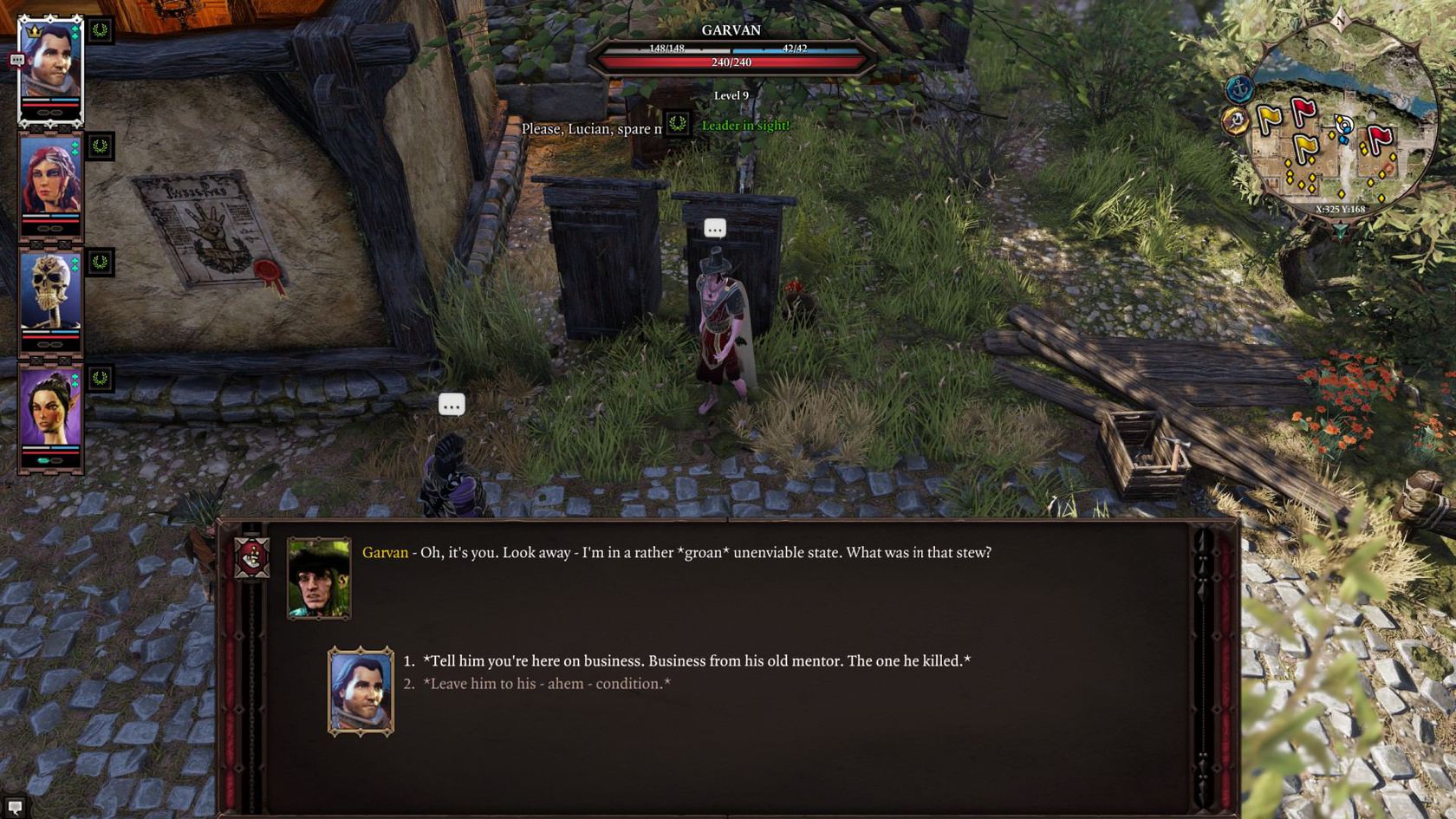 These wooden outhouses are a key component in the Divinity 2: Original Sin quest called Aggressive Takeover. The ghost of the dude who gets murdered in this quest, Liam, tells you outright the name of his killer - It’s some guy named Garvan who is at a tavern in Driftwood. So when you decide, ‘Yeah, it’s my place to deliver the hammer of justice,’ you head to the Driftwood Tavern and somehow convince this man to eat Tainted Meat. When he inevitably gets sick, you slay him out back by the toilets. Really, the meat alone should have killed him, but I don’t make the rules.

Aside from the Tainted Meat, some other things don’t sit quite right about this quest. For instance, Ghost Liam needs “proof” that you killed Garvan. Don’t ghosts normally just know when they’ve been avenged? And I’m not sure how I feel about the toilets being a part of the revenge plot, because who the hell is Liam? I mean, a shitter as a quest object is always awesome, but was Liam some kind of saint? All we really know is he was a tradesperson. And by the way, when you find his dead body, the method by which you commune with his spirit is having an elf in your group eat his leg. That is just so bonkers to me.