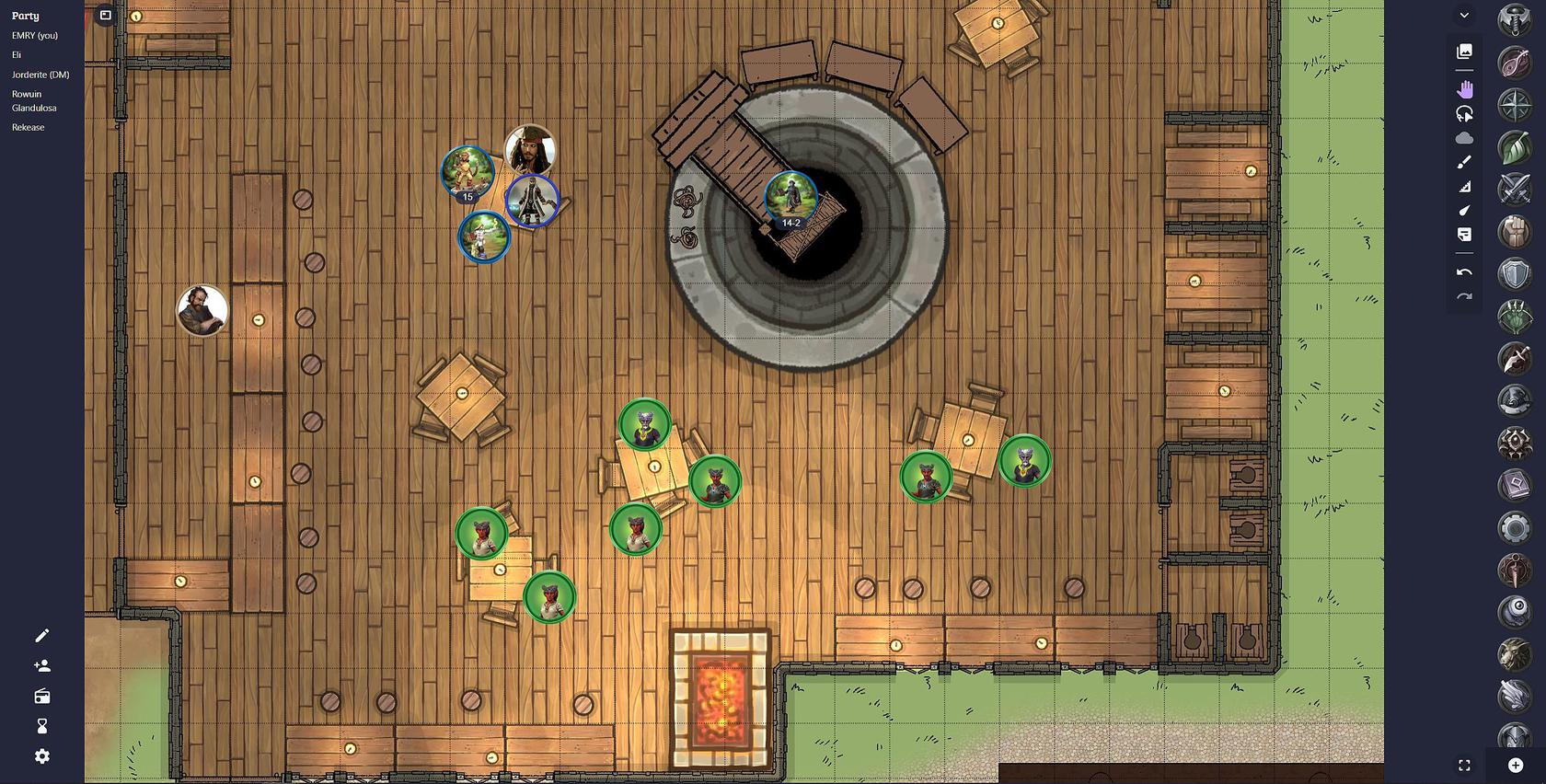 From our Bucket Brigadier of the Year 2021, Emrysin, here are two gendered toilet banks in an actual Dungeons and Dragons tavern map. This is a rare Birdseye View shitter. Says Emrysin: “That’s the tavern we were staying at while investigating a series of murders tied to un underworld crime syndicate. The well in the center of the room goes down into the sketchy place. When we entered the tavern the first time, some slimes and a troll came out of the hole. The tavern is known for the hole in the middle of it, it’s named after it, if I remember correctly.”

How do the toilets factor into the dice rolling? If you go in there and roll a 2, is that a good thing? According to Emrysin, “A giga-slime creature did come out of the toilet, that we had to fight too. It was all very questionable.”