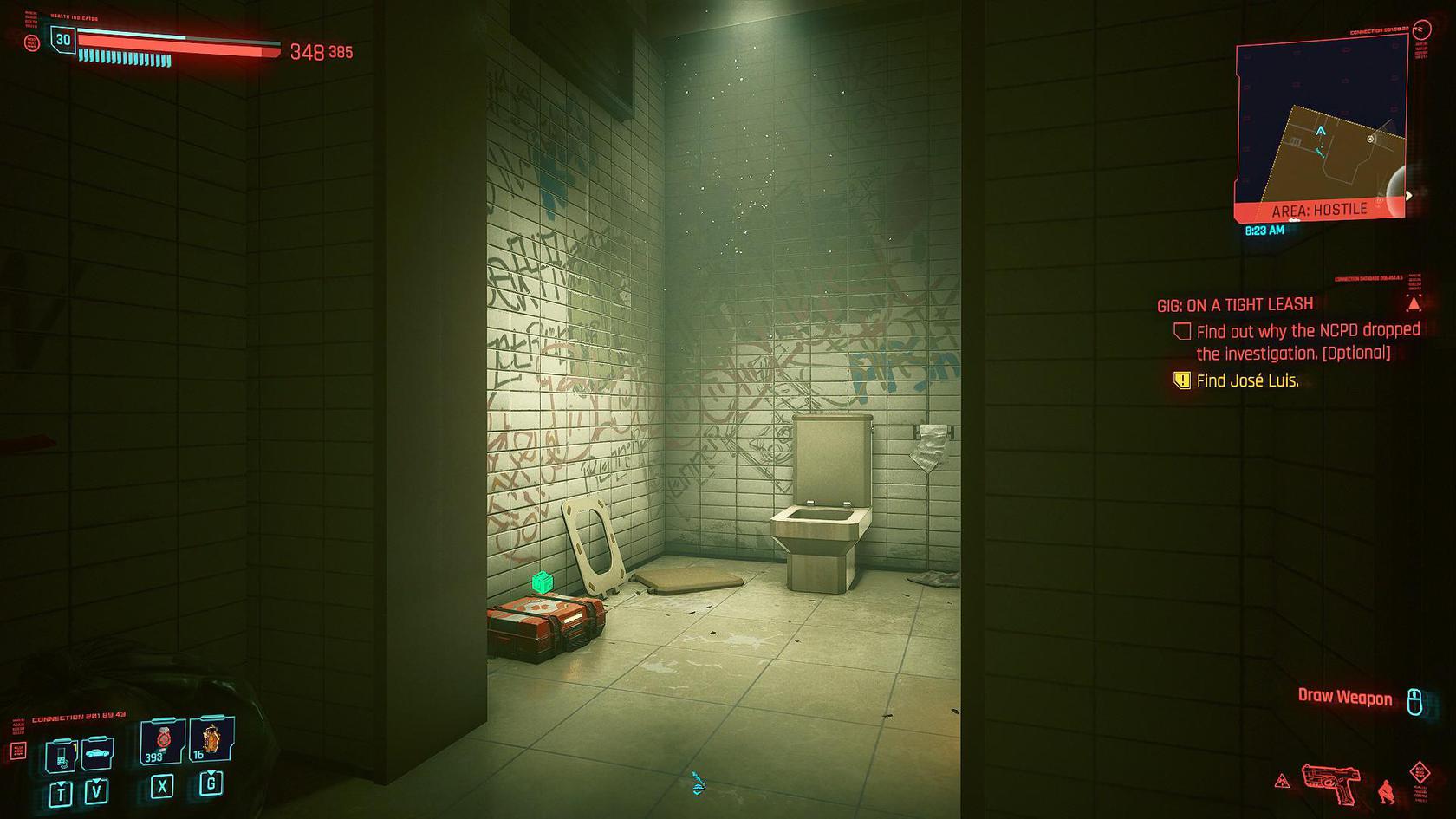 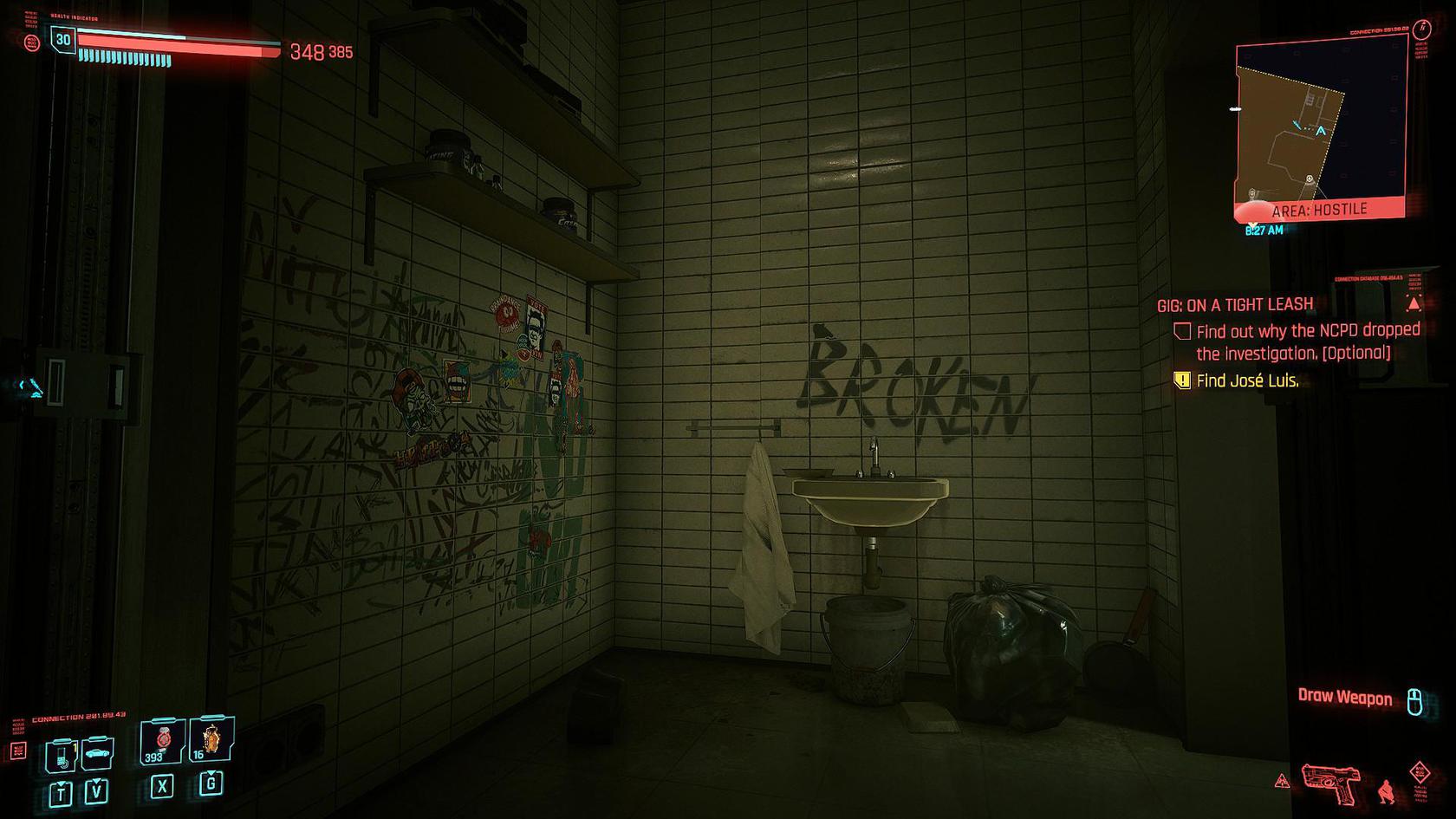 You have been tasked with some detective work to find out how a Valentino gangster named José Luis got away with homicide. After tiptoeing into a Heywood car depot, easily bypass the many chauffeurs and sentries to locate José Luis, who looks like he emits the combined odors of Drakkar Noir, rancid onions, and a pet shop that only sells lizards. Before you dump him and his shiny tattoos into the boot of an awaiting car, get a peak at his shitter!

This sight took my breath away and I found myself staring agape at the glaring brilliance of this shitter. This bathroom is fucking amazing. Trash and detritis all over the place. Particles of disintegrating insulation float through god rays that remind you that you ARE in the presence of something magnificent and sacred and tragically beautiful. There is a lone square, black candle by the toilet (off-camera) that I’m certain is Drakkar Noir-scented and is intended as a vigil to lost innocence. The “On A Roll” magazine strategically placed, yet barely any toilet paper, the bucket under the sink pipe, and that towel as if anyone is actually washing their hands here? José Luis! Your shitter is supposed to be your greatest ally in this life! How can he treat his bathroom in this way, with impunity? Did the shitter itself spraypaint that graffiti because I’m starting to think when Marissa sang “She’s Broken, He’s OK” she was talking about THIS shitter and JOSE LUIS! The things monsters do to the ones that care about them the most! José Luis deserves everything that’s coming to him!