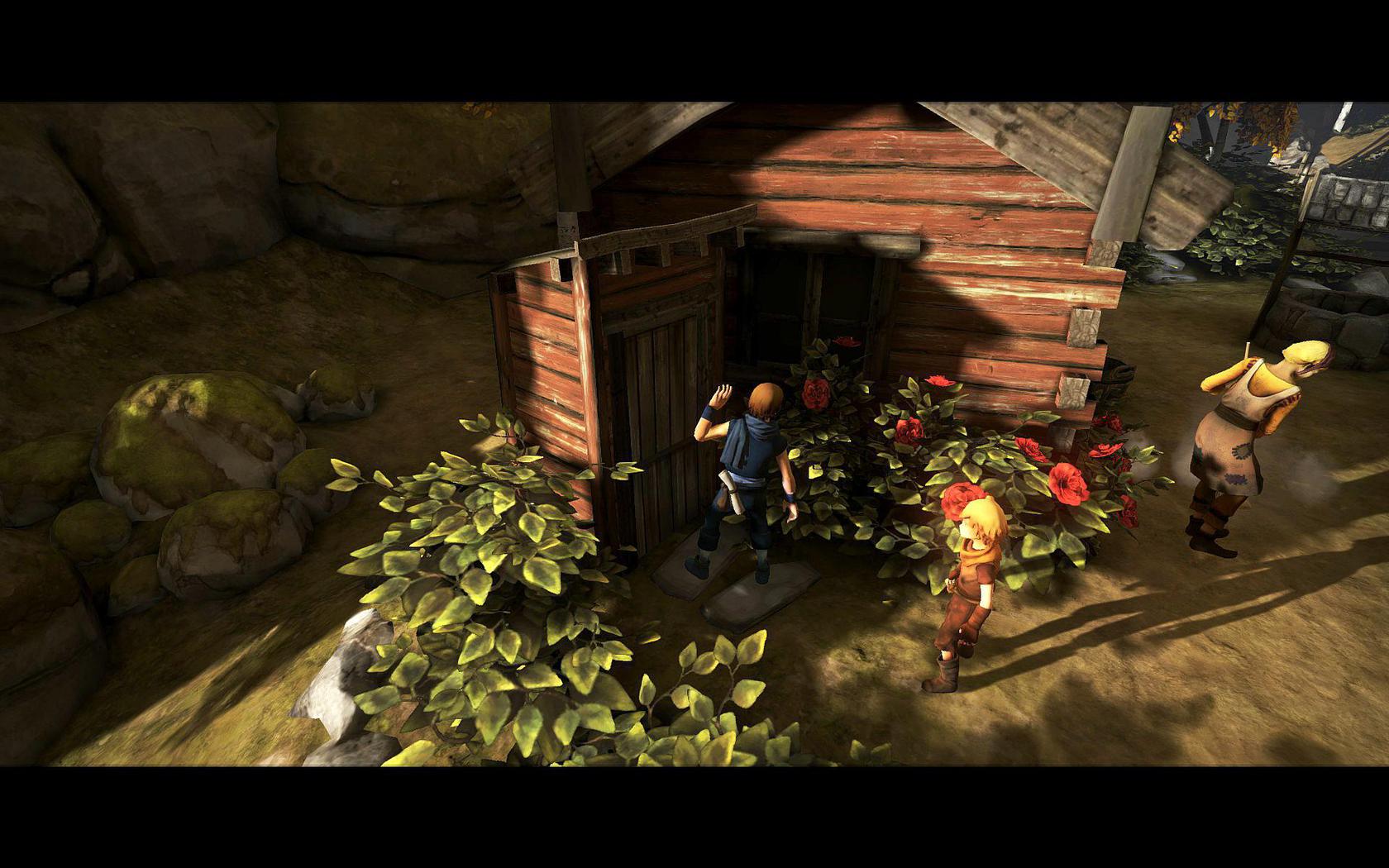 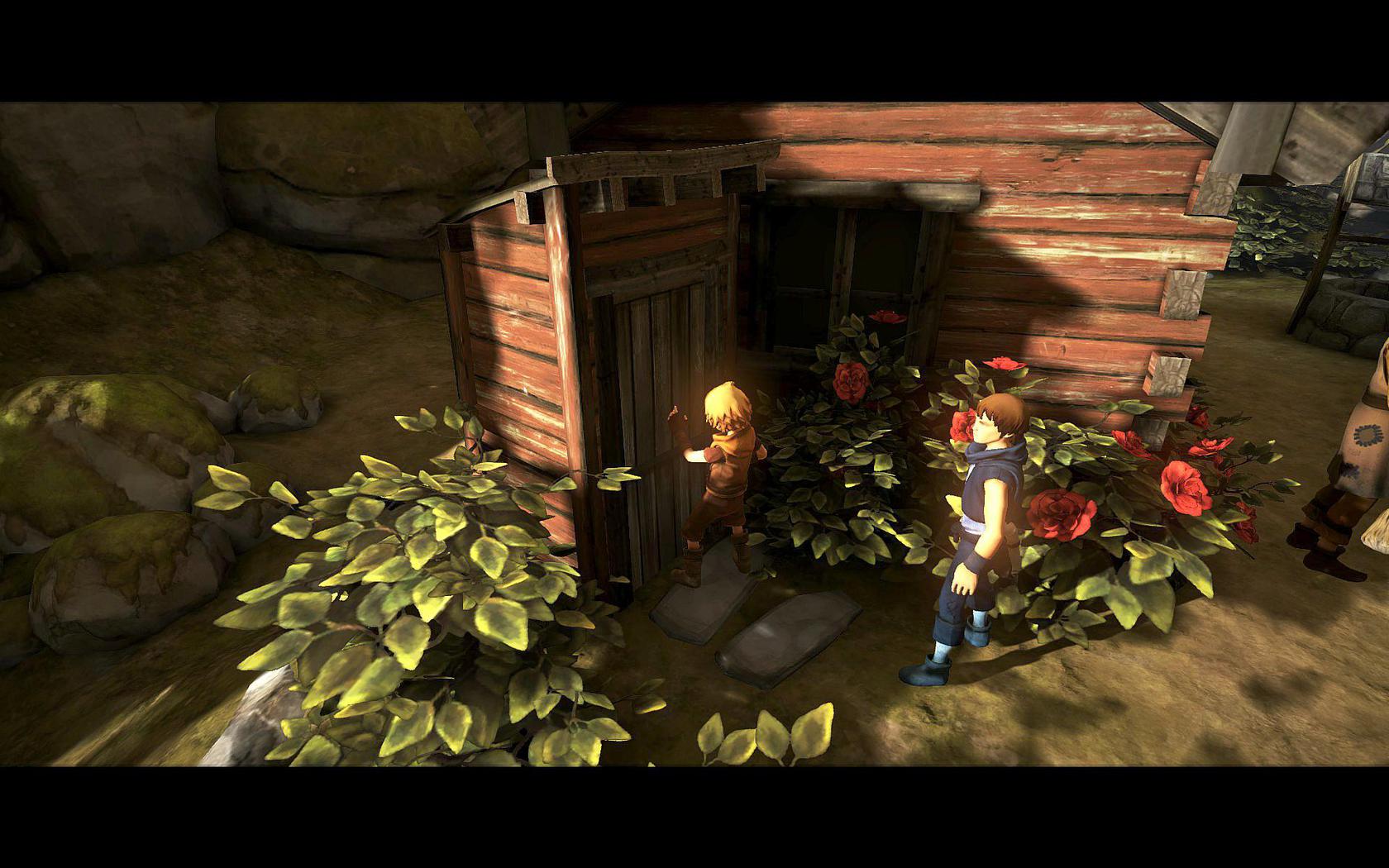 Brothers: A Tale of Two Sons is a single-player game in which the the single player (you) controls two player characters (older brother and younger brother) at the same time, or separately, with different areas of the keyboard or controller. It’s a bit challenging and different, and the gameplay and obstacles are reminiscent of LoZ: Twilight Princess, which I love. I’ve only played a couple of hours so far, but already very early on in the game before the boys even leave their hometown, I found an interactive shitter. When I saw the structure, I had only mere hopes (from the outside, it could even be a garden shed). To my delight, I discovered that not only is it in fact an outhouse, but you get two interactions here, which makes this a blue ribbon shitter, even if you can’t open the door. In the first interaction, the big brother leans toward the structure, quickly realizes it stinks, and waves his hand while making a mournful sound. In the second interaction, the little brother pounds on the door and laughs, causing the occupant to holler.