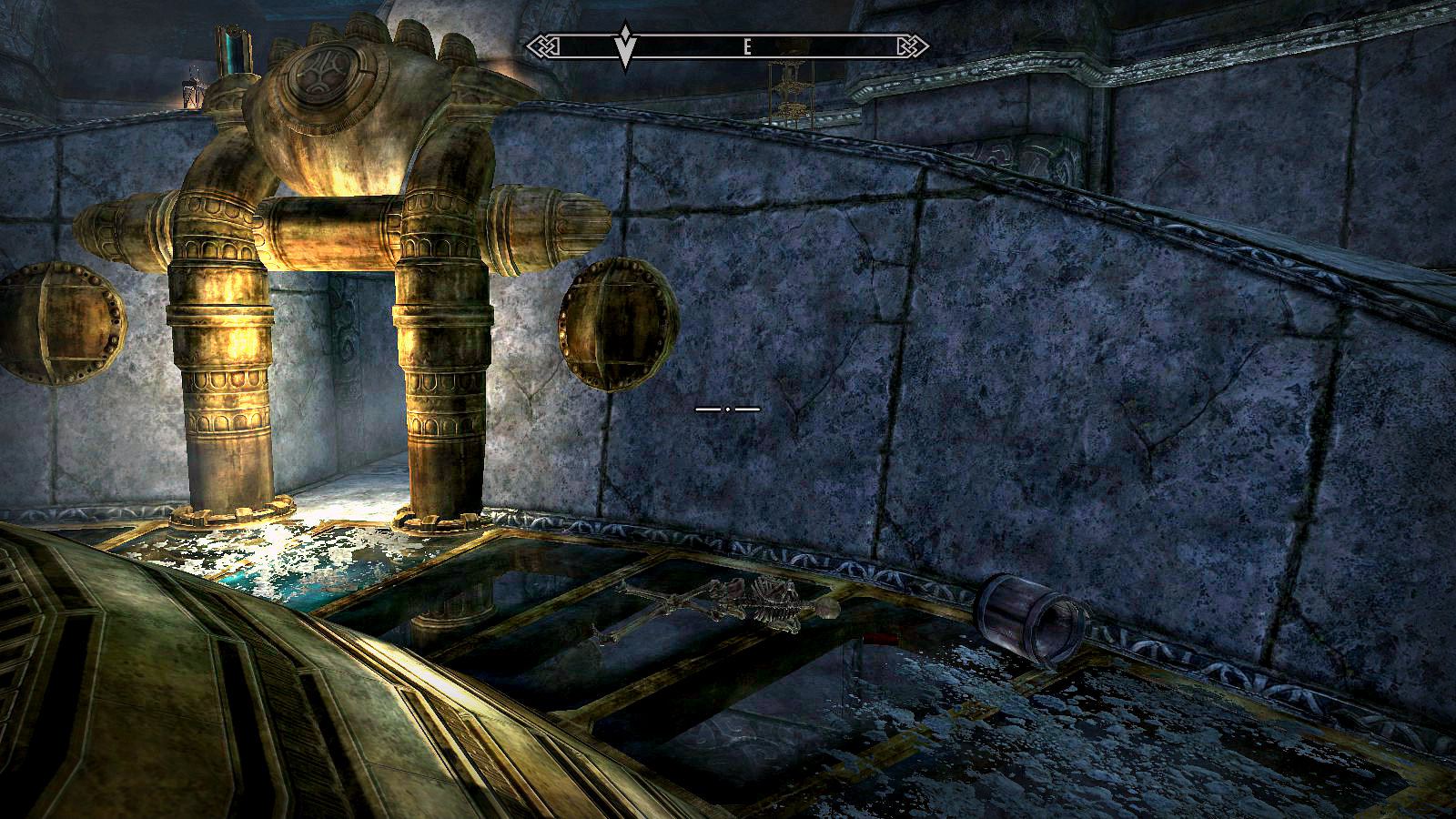 Here we see the skeleton of Drokt, a self-described simple man who chose to die rather than give up solving a Dwemer puzzle. He leaves behind a diary entry that details the trouble he encounters with the contraption. He may not have had the extreme intelligence of the Dovahkiin (from right to left, you just keep pressing each button until it won’t go anymore and the puzzle will unlock), but at least he had a shitter.