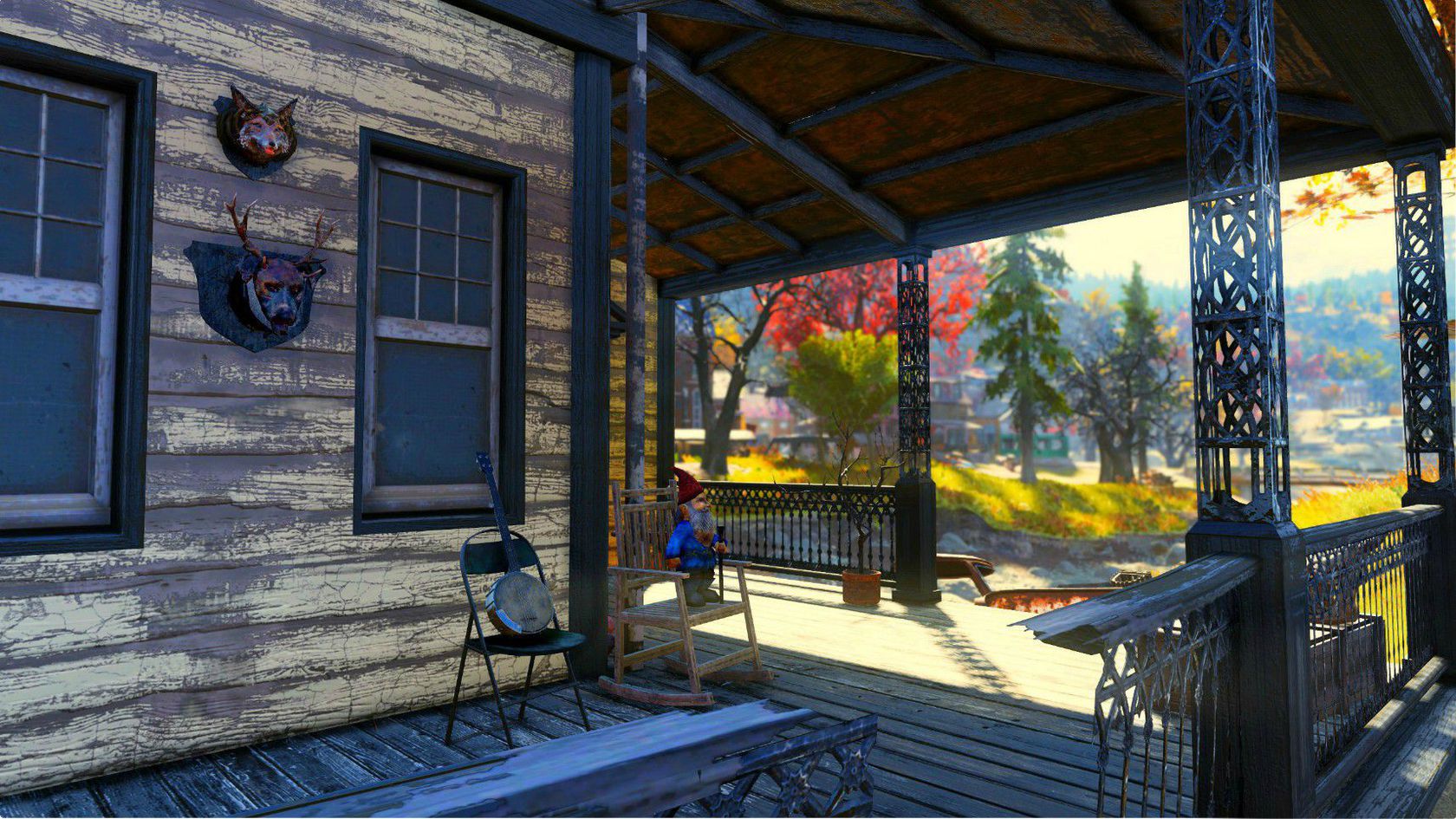 It’s nice that Fallout 76 put some quests into their game, but personally, I found the Wild Appalachia shit to be “just okay,” or tedious. Seems very unlikely that a person who just popped out of the Vault into a brave and totally screwed new world would care enough about some pre-war drama that they’d spend more time searching for half-rotted paper notes and partially-corrupted holotape data than looting any freestanding structure for supplies and viable shelter.

Anyway, one of these quests takes you to a tumbledown farmhouse where Janelle and Raymond Priblo once peddled monstrous curiosities. Your job is to find out what happened to the Priblos, because it seems that some time circa Armageddon, they mysteriously disappeared. There’s a very good chance that both these chumps were instantly vaporized in a series of atomic blasts, but you’re invited to waste your precious bullets on an alternate hypothesis.

Here we see the outside of Priblos’ Curios decorated with innocent forest creatures that did not deserve this humiliation. All except one. We all know the true cryptid that lurks in Wild Appalachia ain’t Mothman, or Buckula, or any of that lame and unscary shit. It’s the common garden Gnome! I saw this decoration on the side of the farmhouse and I thought, “Yes, deserved.” But then I panned my peepers to the left oh so very slightly, and the lightness of my heart turned to nuclear sludge because look at the freak presiding over this parade of depravity. Just a country bumpkin gnome, relaxing on his porch rocking chair! There is no limit to his cruelty, his insanity. Oh god, I just had a terrifying thought: That gnome on the wall is probably fine and just waiting for some fool to rescue him. This is suddenly giving me strong vapors of Fallout 3’s Chryslus Building Shitter.

fallout
fallout 76
are you afraid of the gnome