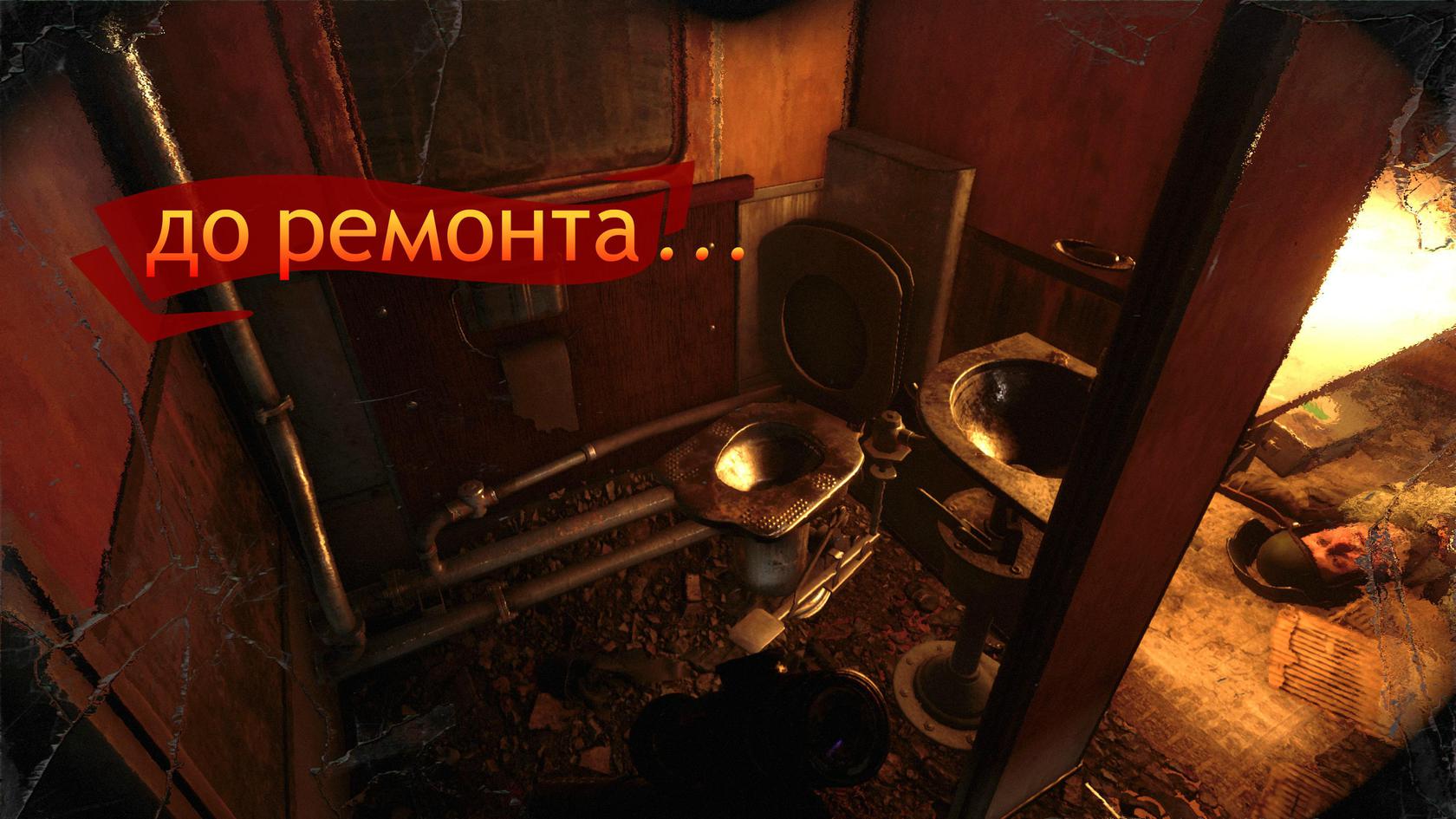 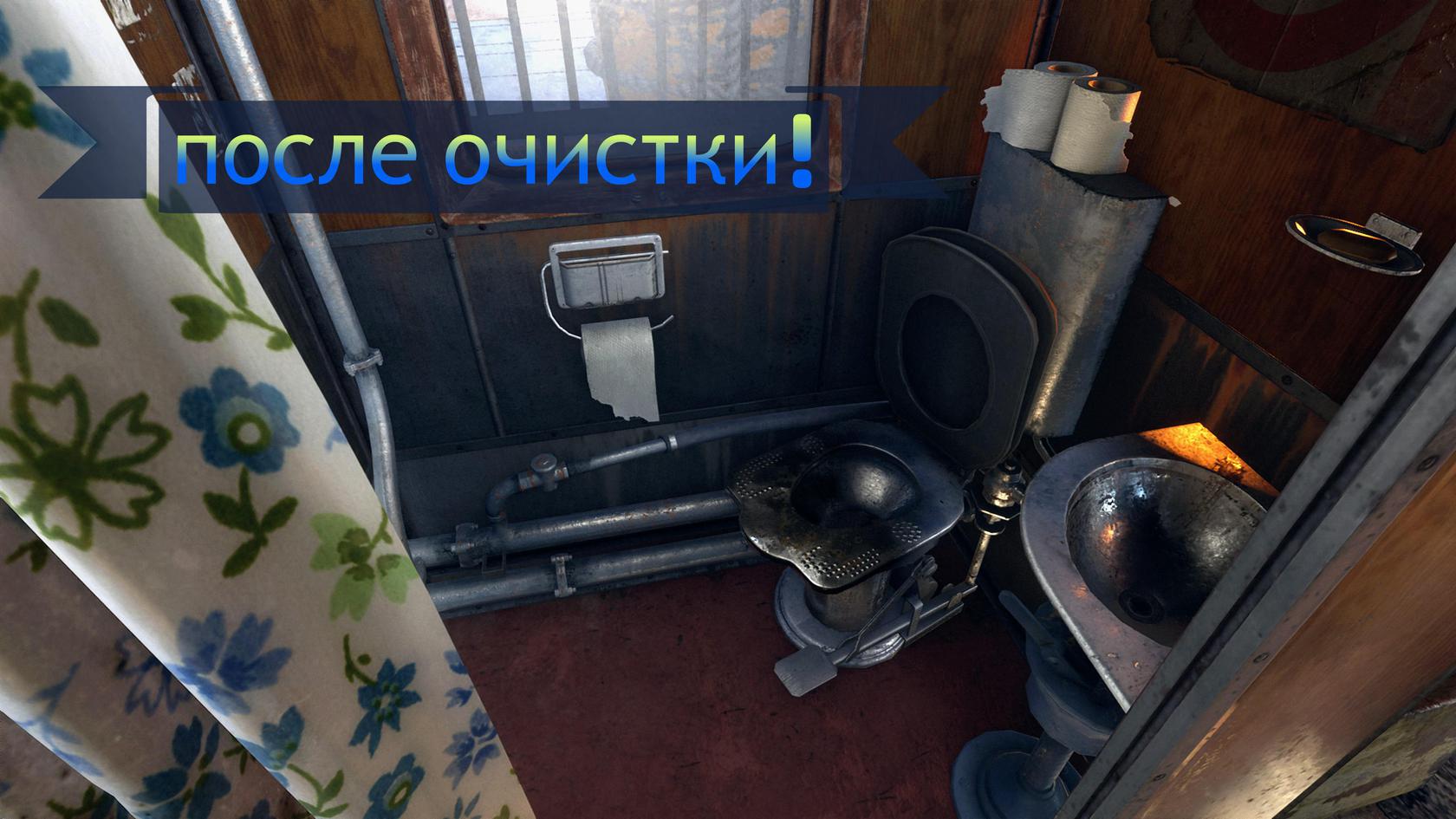 During the trek across Irradiated Russia, your steam engine, The Aurora, starts to get a little crowded because of all the weirdos, loners and vagabonds you keep picking up. Thankfully, the gang meets a really nice mechanic, who isn’t even a mutant freak. As if that’s not miracle enough, he says there’s a sleeper car somewhere in the Volga territory. If you drive it back to the engine, he can even install it for you. Great.

Even better, it has a shitter. The colors are fucky because it was dark as all hell in there, but the hover image shows it with nightvision. When you first find the car, you have to eliminate all the guys who are abusing the shit out of it. They’re not taking care of the place, they’re really just squatting. As you can see, the facilities in this train car are in a sorry state. Don’t worry about the guy on the ground. He’s completely fine.

Once you triumphantly return with the train car, everyone works together to shine it up like a Hyrule powergem and look at the results! Glimmering chrome and a floor cleared of detritus! There’s also no bodies. I don’t know where he went, but I didn’t kill anyone during this playthrough, so maybe we simply dumped him out the back door. Who cares if the toilet paper on the wall-mounted dispenser is in the exact configuration in both the before and after? There’s a signed biker chick calender on the wall now, and you really can’t beat that, so please cut the crap and enjoy this beautiful bathroom, hero!