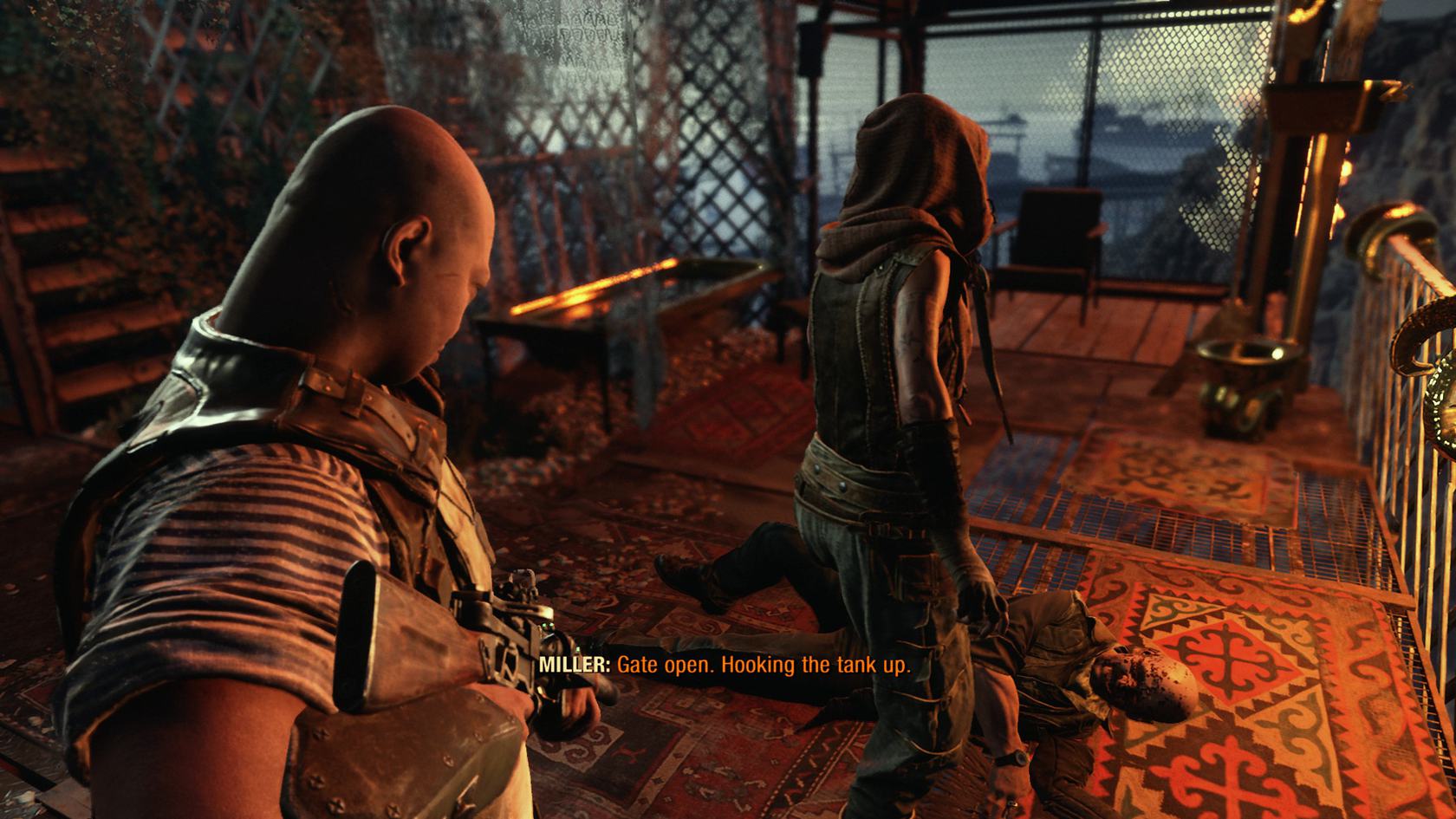 In the futuretimes of post-war, dystopian Russia, the Caspian Sea is no longer an enormous lake shaped like an upside-down baby. Instead, it’s a dried up desert region full of loot and booty that the local pirate goons scramble to claim. This alarmingly low-iq pirate community is led by The Baron: A bald, toothpick-chewing dirtbag who just wants to be Immortan Joe so badly. The Baron invites you up to his crow’s nest to toast whisky at gunpoint, and celebrate your newfound, compulsory alliance. But since I’m never agreeing to that, it all goes to shit and a shootout begins. I survived, and during the cutscene, I caught a brief glimpse of this incredible artifact. Yes, once again it’s an elevated cistern shitter! Gleaming like an idol of Ba’al, comfortably perched among richly patterned carpets and rugs. I think that’s also a gold-plated basin or something against the wall, but let’s be really real and just admit it’s spraypaint. Look at the tacky gold rams’ skulls. The Baron’s exquisite taste in only the finest bathroom fixtures trumps everything I thought I knew about home design.