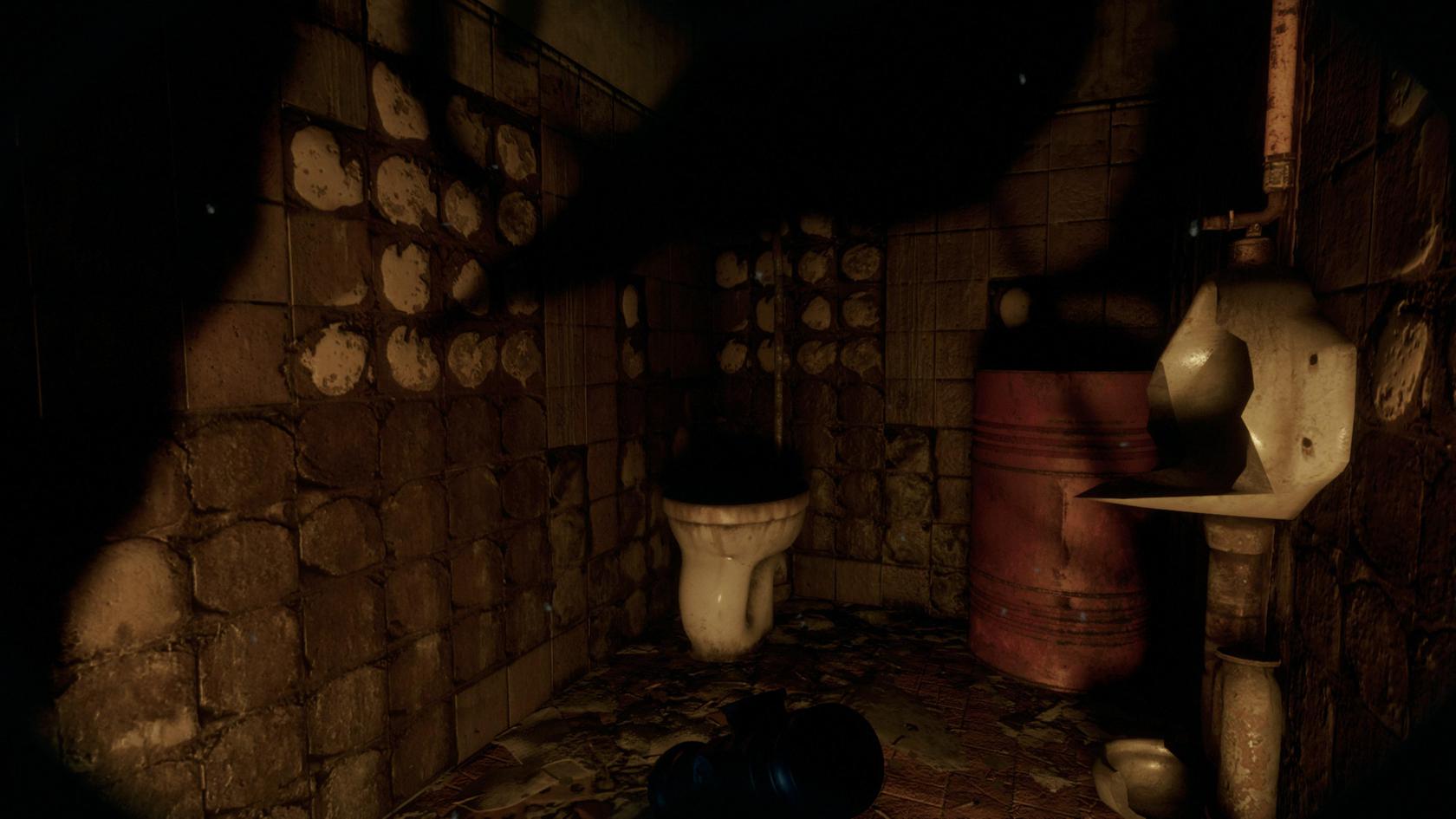 This solitary toilet can be found cowering from abuse and disrepair at the vast bunker at Mt. Yamantau. The rollover image shows the exquisite detail afforded by the miracle of nightvision goggles! This is the only shitter on the level that I had access to, but I have to believe there are others in the unexplored areas. In addition to the grunts, this bunker was supposed to boast heads of state and the finest military minds, and I can’t believe they’d all be shitting together in harmony.

The Yamantau Cannibal Troupe are truly evil creatures. It’s terrible what they did to this room. That urinal doubles as a deadly weapon. If the cave troll from Moria came after you, you could actually use this urinal to defend yourself against it. I’d really love to know why I keep having to ask ‘where is the sink’, and I would vastly prefer if the alternative was our customary standard of sanitation. I cannot stress this enough: The bathroom is the staging ground for a multi-step process, and one of those steps is washing your god damn hands when you’re through!

At this point, I have to pause, because question marks have started percolating around my ears. In Metro: Exodus, the elevated cistern flushable toilet boasts significant popularity all across Russia, and it shows up in a lot of my screenshots. The design dates back to the era of Queen Elizabeth I (c. 1592). It’s certainly a conversation piece, and though some (who?) might deem it elegant, the presence of this ancient machine here at the Yamantau Bunker poses several issues. First, the issue of materials efficiency. If this thing breaks, where’s anyone going to find the obsolete valves and gaskets it needs? And actually maybe that’s why it looks this way, because there is actually no way to fix it. Second, there was extensive bombing in this region in the decades prior to our groups arrival (in fact, we passed a city-sized crater right before the main entrance came into view). The heaving of the ground, along with tremors, would have caused this tank to topple and smash, so it’s just not practical. Perhaps the entire machine was salvaged and installed by a scouting team after the bombing ceased, but I find that to be the most unlikely possibility of all. They would have had to find this object somewhere in Russia, but it probably wouldn’t have even been in a museum because by the time most households in the region had indoor plumbing the design had changed. These anachronisms have me wondering if Artyom snorted a little too much of that blue-green mold, and now he’s got a case of the Fantasies.