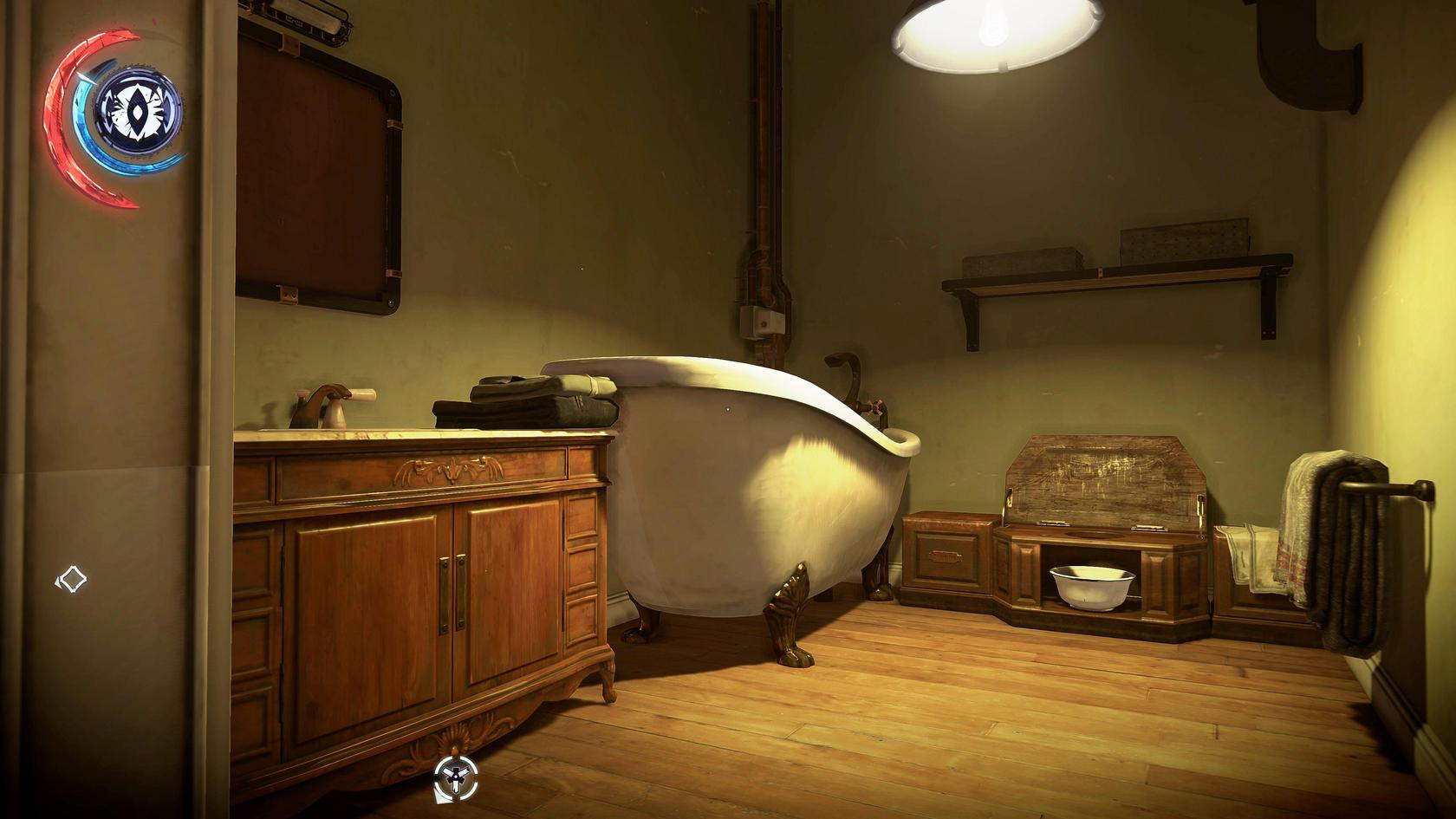 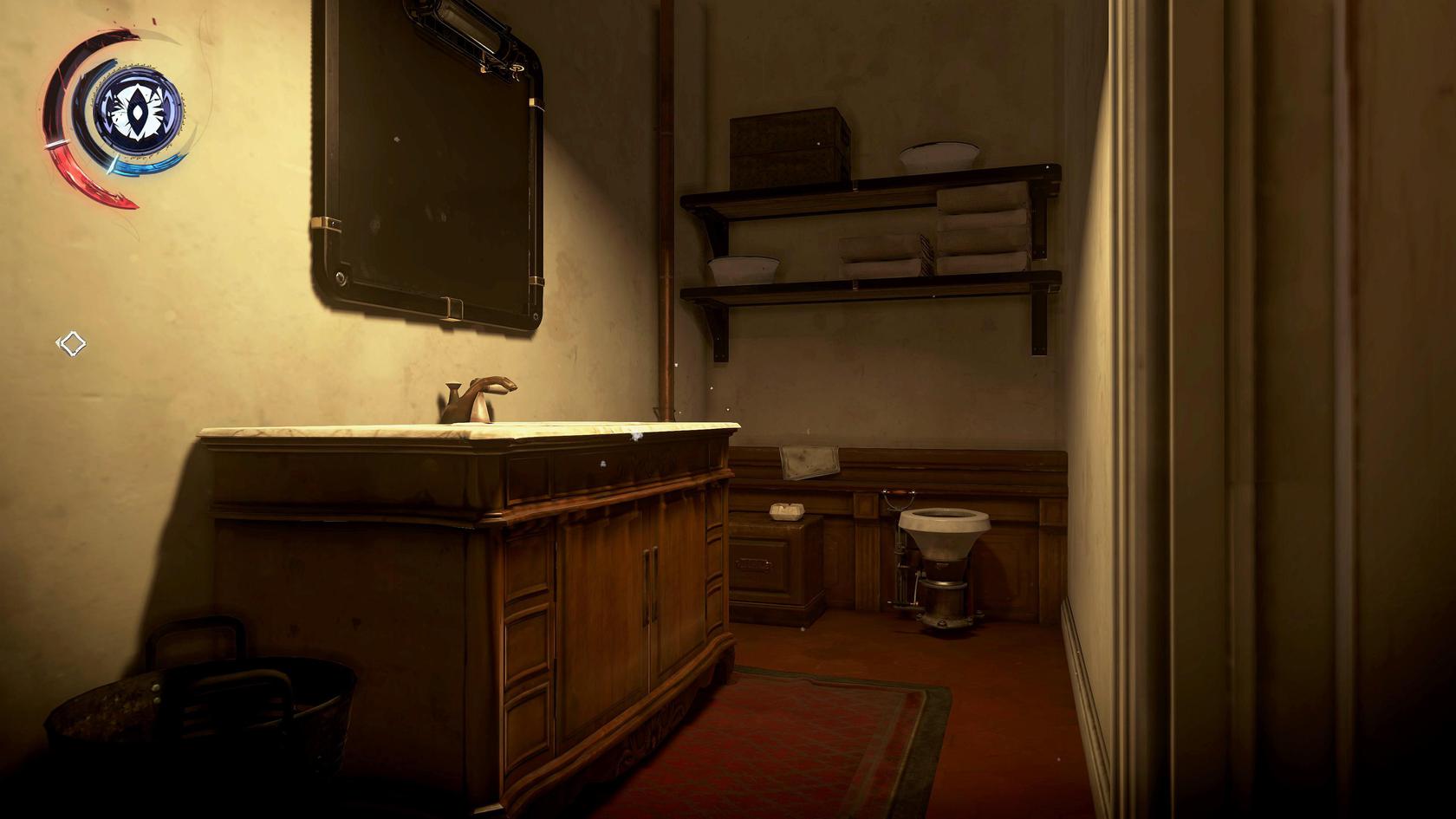 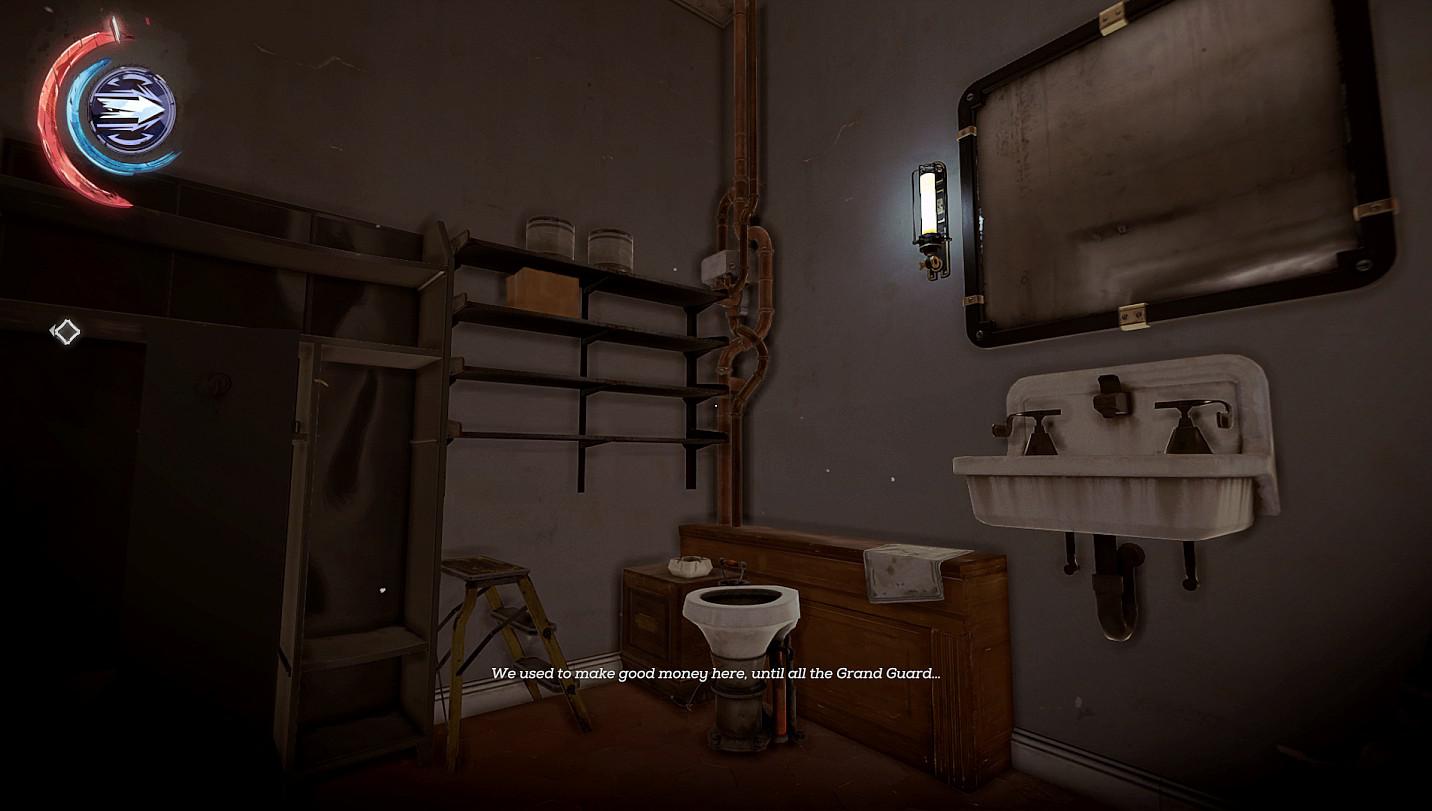 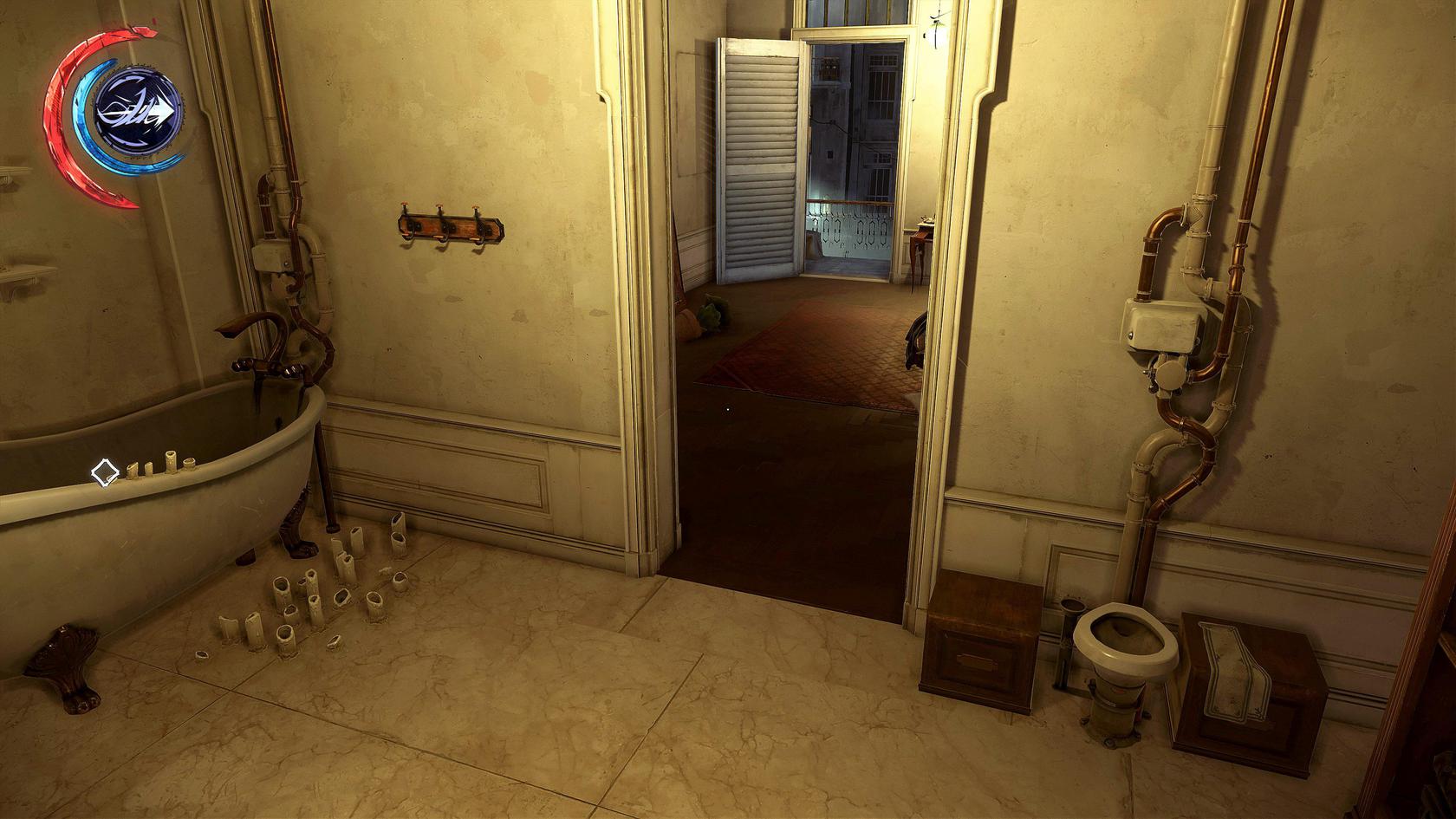 As 2019 draws to a close, let’s take a look at some of the Dishonored 2 shitters that are awesome just for existing, but maybe not awesome enough to warrant their own article.

First we have the Dust District’s Black Market shitter! The fanciest black market in the whole game, it has its very own shitter. The “I’m trying so hard to make it through this life” vibe is strong in this bathroom. The merchant’s clothing is laid out for the next day, or perhaps a night on the town? So you know that despair hasn’t fully sunk in yet. The towels are almost black with filth, yet neatly folded. I admire your spirit, black market vendor (who I totally choked out and robbed).

Next, we have the Karnaca Enclave Guardhouse shitter! It’s definitely a closet, and from the looks of it, that carpetting was installed in the time of Emperor Euhorn. Yeesh.

Additionally, take a gander at the Dockyard Quarter shitter, found during the Addermire Institute mission. Astoundingly clean and organized, albeit tarnished slightly by some NPC’s endless complaining.

The last one for this roundup is the shitter in Lucia Pastor’s mother’s apartment. Full disclosure: I don’t know if this is actually her mother’s apartment, or Lucia’s own apartment that she moved out of. I only know I found a letter in there addressed to the mother, so either Lucia lived here and never sent it, or the mother lived here and so that’s where she received it. Check out the mood candles. Very swanky.