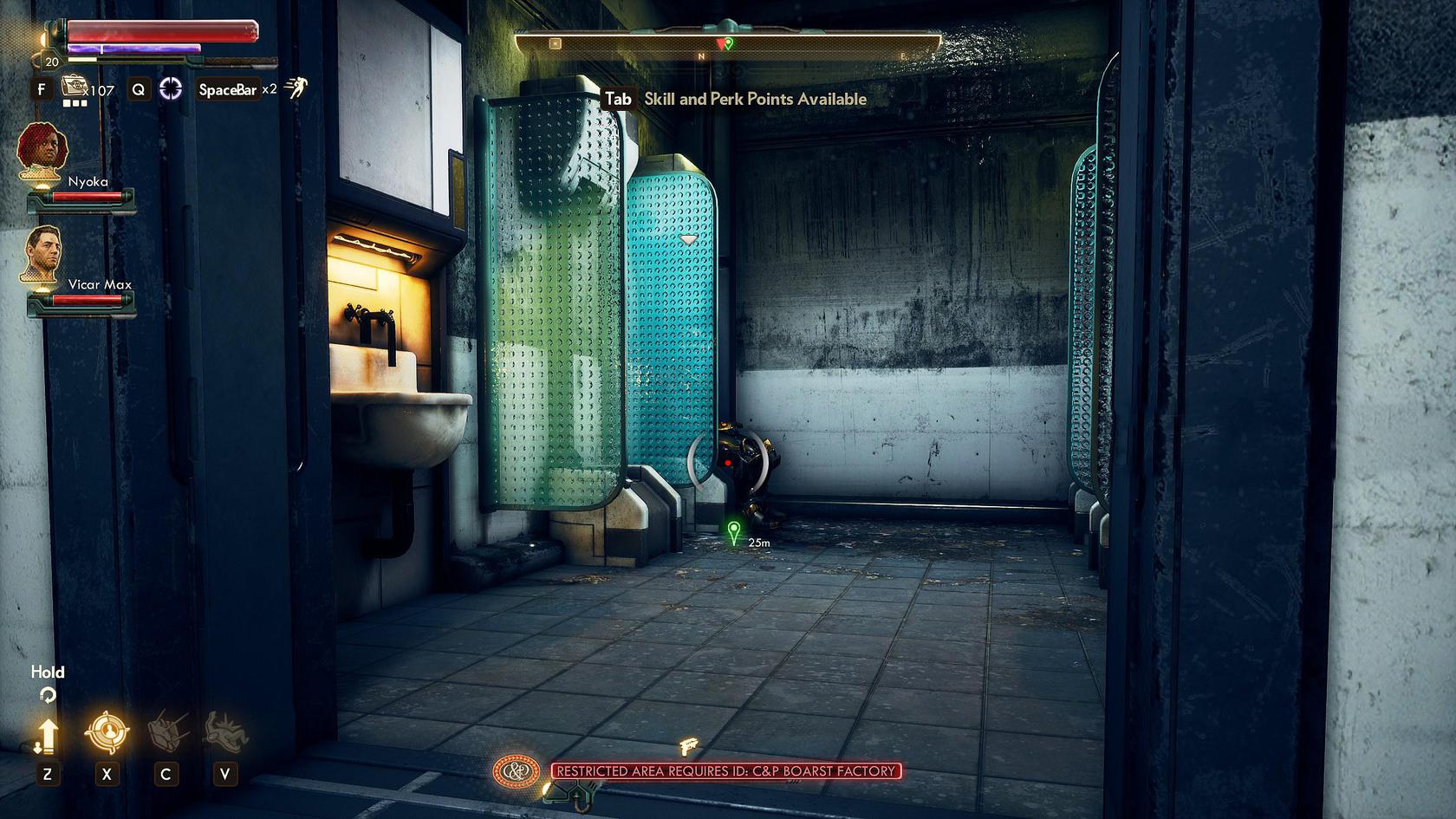 The “pork” factory on Monarch is run by a piece of shit cannibal named Clive Lumbergh. The top thug at SubLight wants to seize the factory, so she ordered me to fuck his assembly line all the way up and drive him out of business. I was given a few options: One was to poison the animals, but since they have a hard enough time as it is, I tried to show some compassion and left them alone. Another way was to enter new parameters into the security robot subroutines, causing them to kill all the human workers - I didn’t see the point in that either. But another option was to just sneak into his office and forge some of his tax records. Because in The Outer Worlds, it’s much worse to be a tax evader than to grind your workers into sausage. On my way out, I was surprised and thrilled to find the factory has an employee bathroom, which, at the time, was in use by this dude. You can imagine how thrilled and surprised he was to see me.