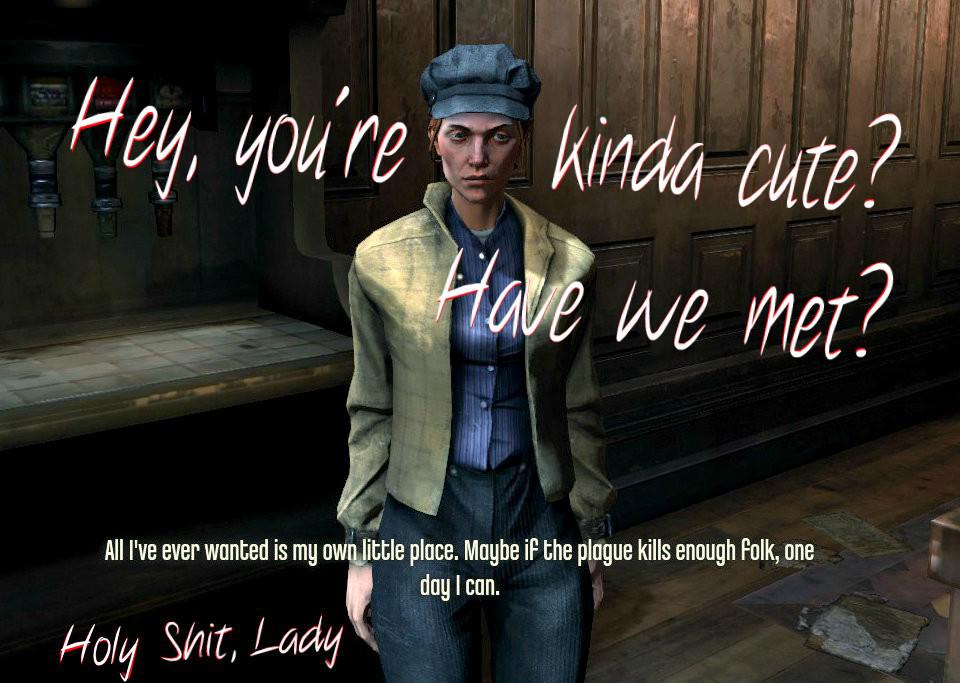 Cecelia works at the Hound Pits Club. I think we, the players, are meant to forge a sort of subconcious bond with her, and see her as a real ‘salt of the earth’ kind of gal. She’s kind of pretty, hasn’t been marred by the plague, and somehow still has the physical strength to clean up after the Loyalists. She’s mostly humble, but she has the hots for Piero Joplin, voiced by the immistakable Brad Dourif (who played such characters as Gríma Wormtongue, Lon Suder, Billy Bibbit, and Chucky). Brad Dourif is hot in his own right, but you’re only hearing his voice as Piero, and you know who he is when you hear that voice, so this gives you an idea of the kind of character Cecelia goes for. Anyway, this is a representation of the first time I ever met Cecelia. What a pleasant young lady she is.