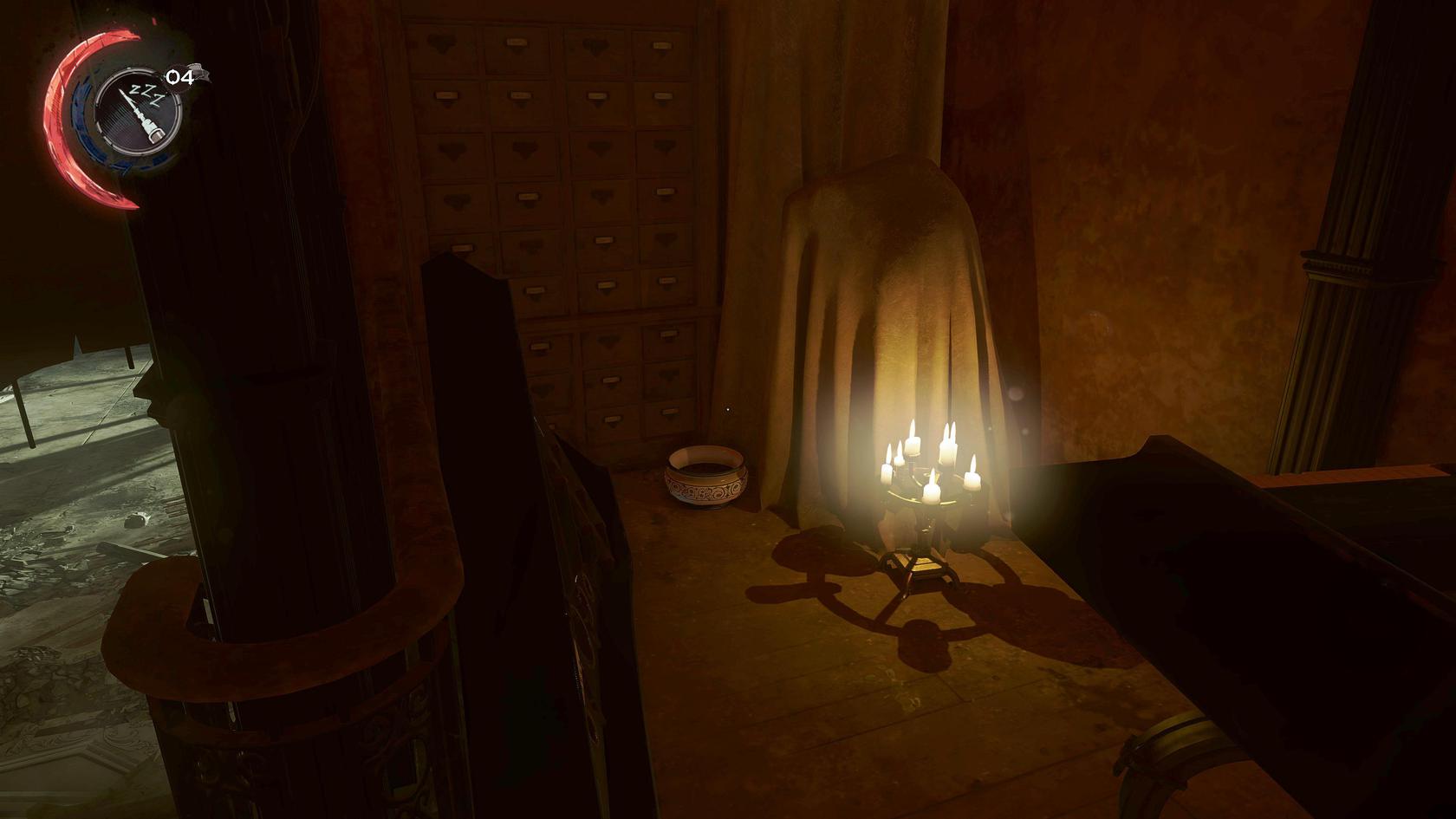 Somebody at Arkane Studios loves me! Whoever had enough wherewithal to consider a shitter for Aramis Stilton’s “holding cell” in the fucked version of 1852 is an asset to the company and deserves a promotion to team lead immediately.

But let’s talk about the actual viability of this shitter. While I fully understand that video games are not intended to mirror, but merely mimic and mock, reality, I could not help but feel my suspension of disbelief stretched a bit too far when it came to Aramis Stilton’s chamber pot - the one imprisoned with him at the start of the “A Crack in the Slab” mission. We know Duke Abele is paying The Howlers to bring food and candles and stuff for Stilton while he’s locked up in here. The entrance to his room has restricted access, and has been barricaded with furniture. There’s not enough space under the barricade to pass anything more than a plate of food in and out of the room. So, how does he empty this chamber pot? It’s clean, so we know somebody is changing it out for him when they visit. The windows in this room don’t open, so you’d think it would present a problem, since he has been kept in here for three years.

Ultimately, whatever incomprehensible human rights quandary this setup presented is resolved when you help Stilton out by knocking him the fuck out, because multiple additional or renovated shitters appear around Stilton Manor in the fabulously altered 1852 at the end of the mission.