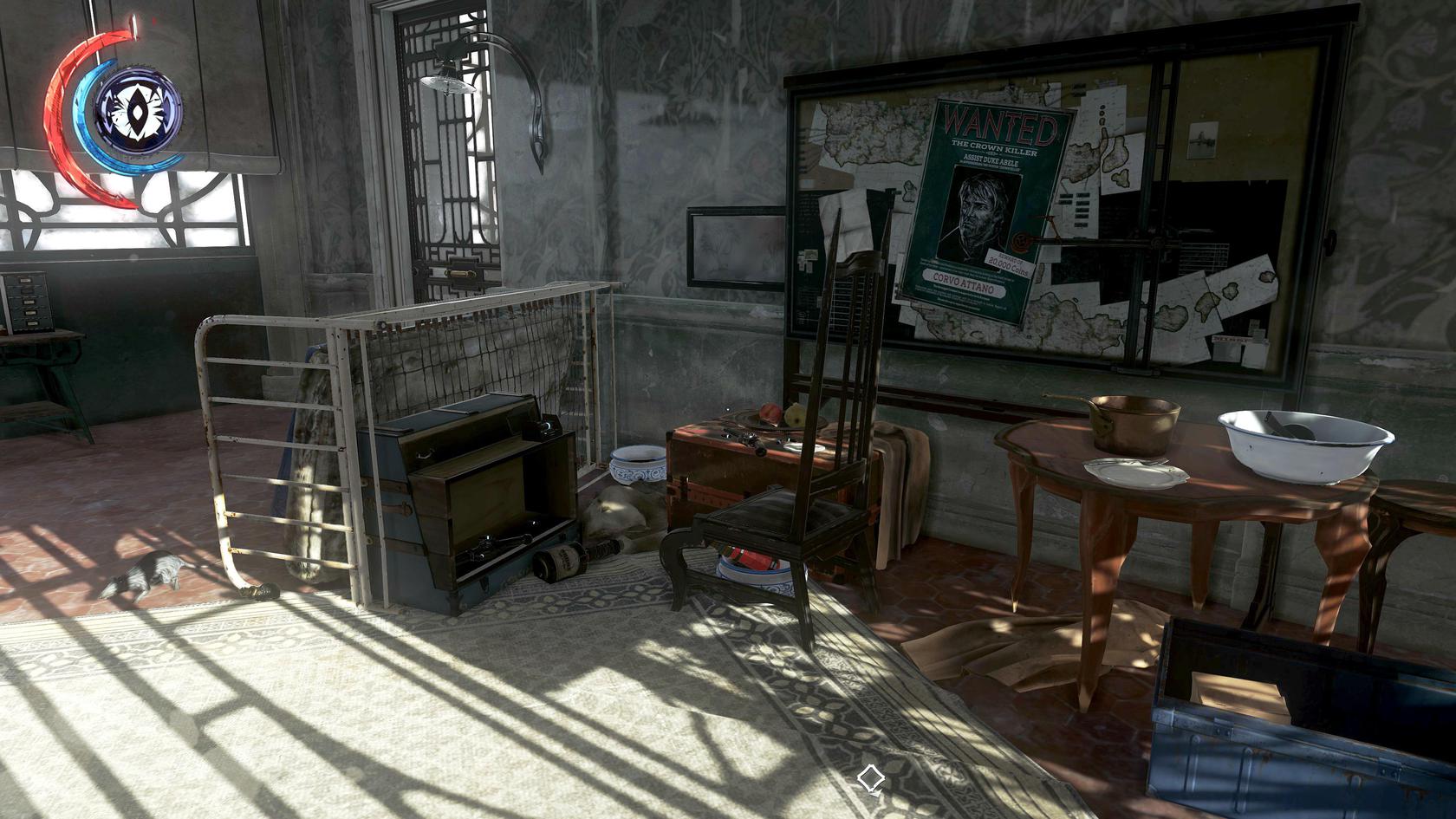 Addermire Institute’s one and only janitor, Joe Hamilton, lives in a little apartment at the tippy top of the building’s central stairway. Janitor? That has to be a joke, right? While I can believe someone is paying him to hold the title of janitor, there’s no way he’s doing any work there. The place is too far gone - too “steeped in raw filth” - to be receiving any scheduled cleaning. Joe keeps a huge poster of Corvo Attano (hey, that’s me!) pinned to his vision board. He is so frightened of the Crown Killer that he barricades his room with the furniture you see here, as well as a tripwire just outside the door. The job sucks, and he’s under a lot of stress, which might explain his use of chamber pots as receptacles for HP potions.