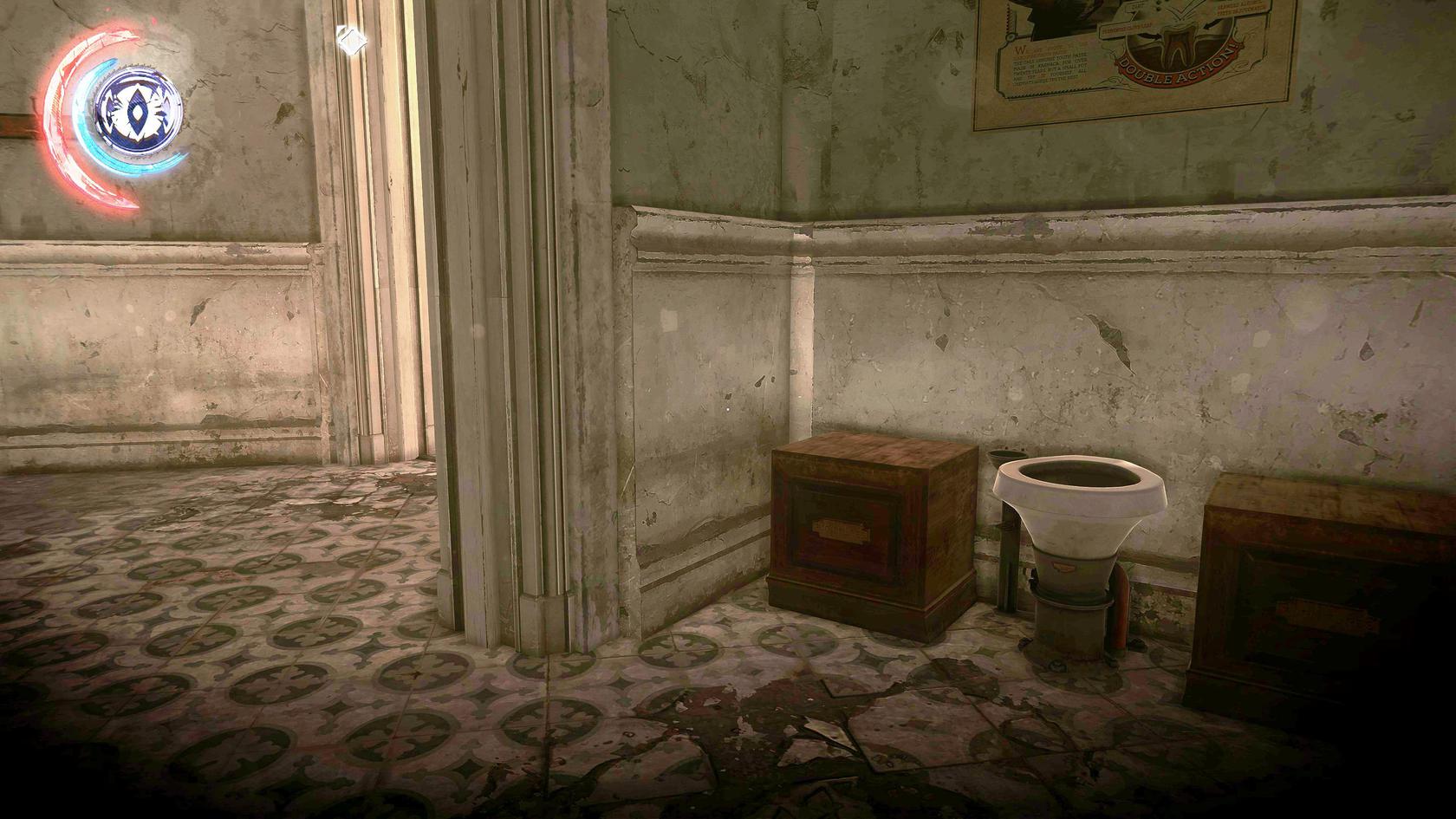 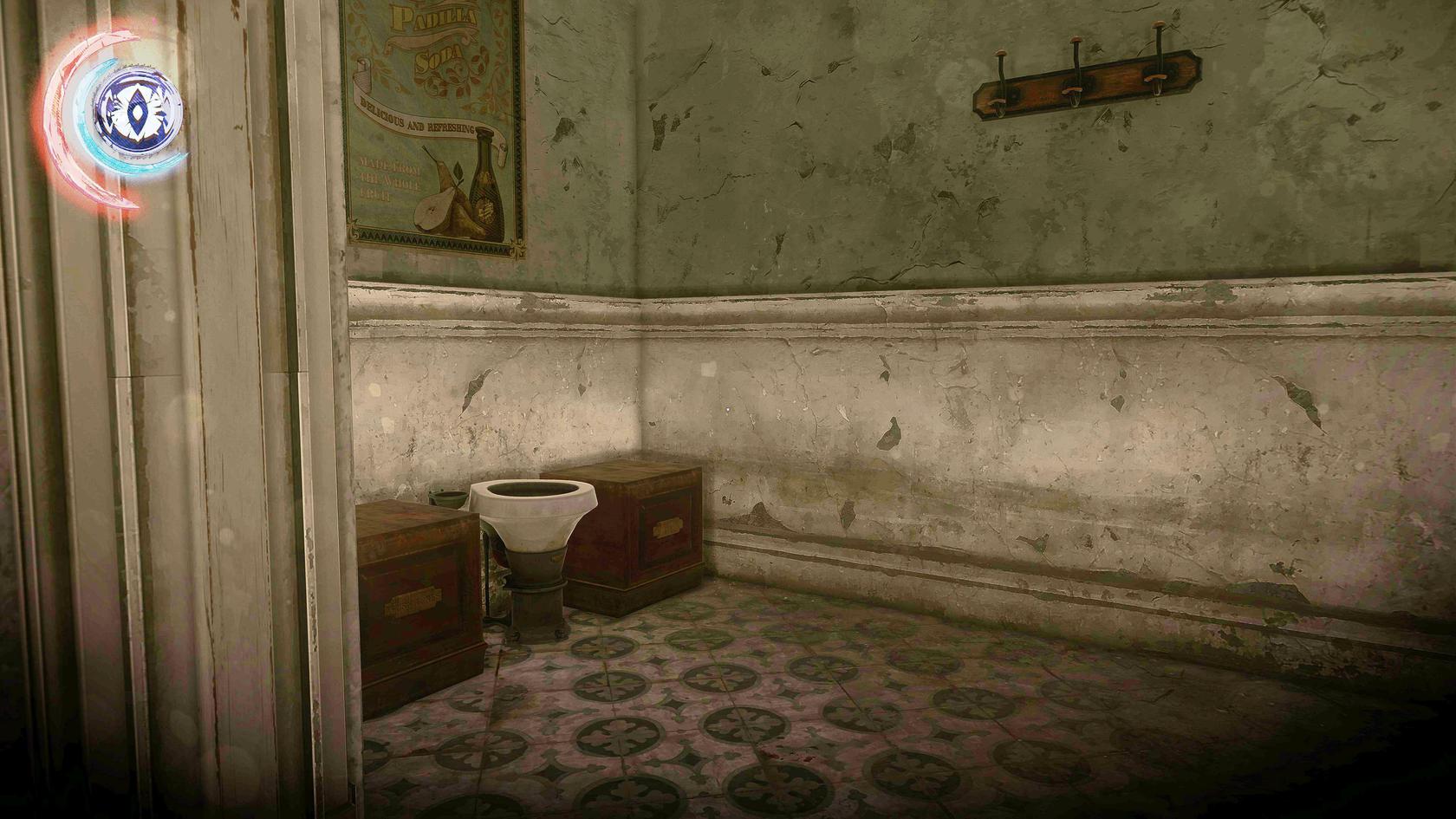 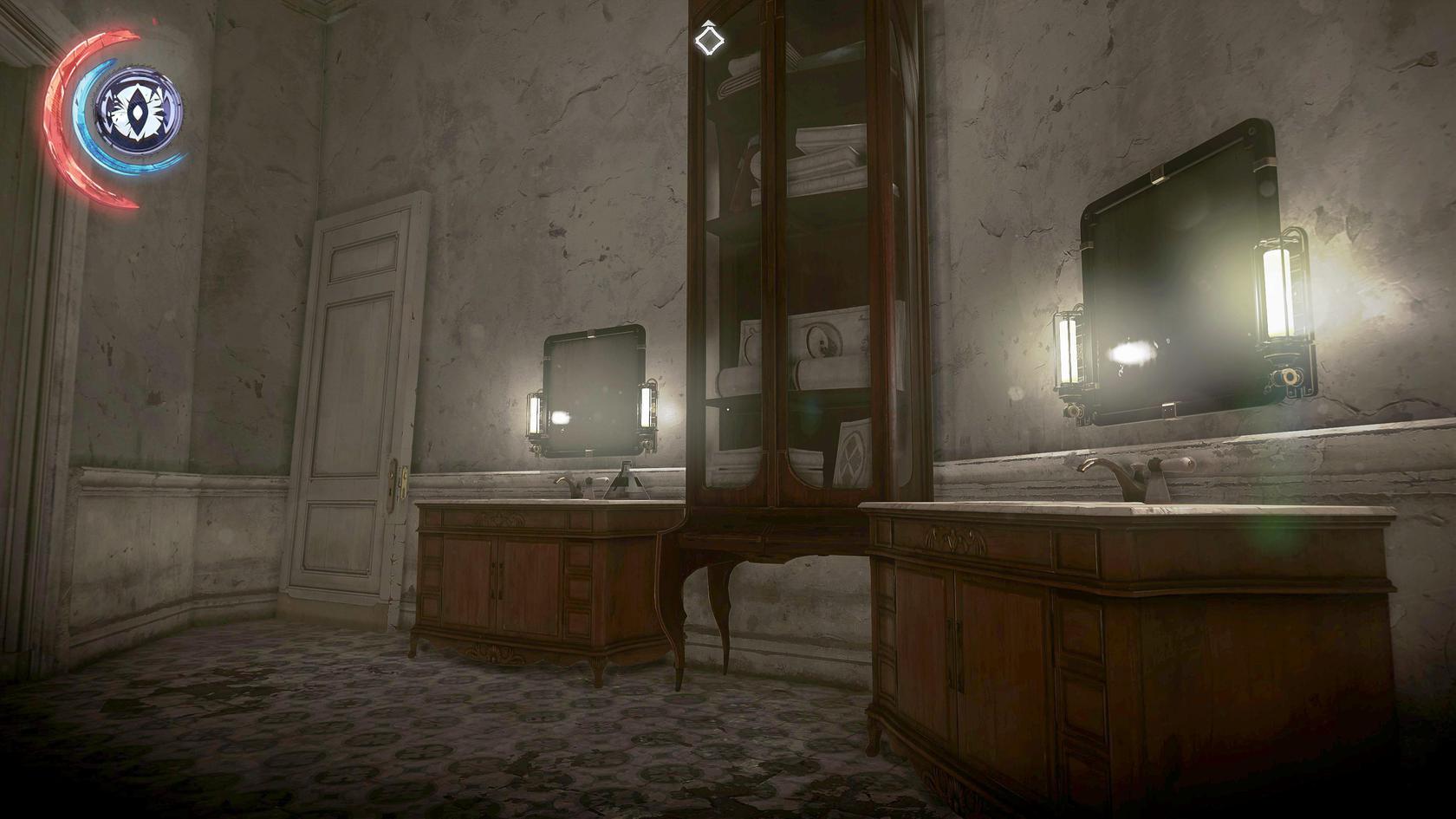 So… let’s talk for a minute about Emily Kaldwin, and her “reign as Empress.” Young Emily came to power in 1827, in the original Dishonored, when she was about 10 years old. She remained Empress for 15 years until she was temporarily deposed by Delilah in Dishonored 2. As the heir, she was raised to become Empress, and during the 15 years of actually being the Empress, she did fuckall, let’s be honest. These damning photos are from the Addermire Institute of Infectious Disease.

This horrendous display caused me to exclaim, “Where were you, Emily?!” I had to jack the brightness all the way up just to see anything in this dark-as-fuck hallway. These are the only shitters I could find in the entire complex, and where the people in charge (Emily Kaldwin and Co) expect you to find repose when you’re being treated for plague. This ain’t clean, Empress! And I took these pictures at great personal risk, as there were fat, jingling loot sacks (also called ‘guards’) patrolling up and down, whining about how hard they work. A swarm of them even parked themselves in the stairwell so they could play dice.

This fucking place. No one was running inspections here. It is busted, sad, and an affront to human dignity. None of us who has suffered from a secondary infection while in a hospital can fail to experience a fountain of fury bubbling up inside after witnessing this mess. Let’s all stand and salute the shitters; these noble, stoic sentries, keeping it together in the face of extreme bullcrap.

Emily Kaldwin was a shit Empress, and she deserved to be kicked off the throne. Hopefully, she learned something! If you play Dishonored 2 as Emily, try to earn back the title, won’t you?