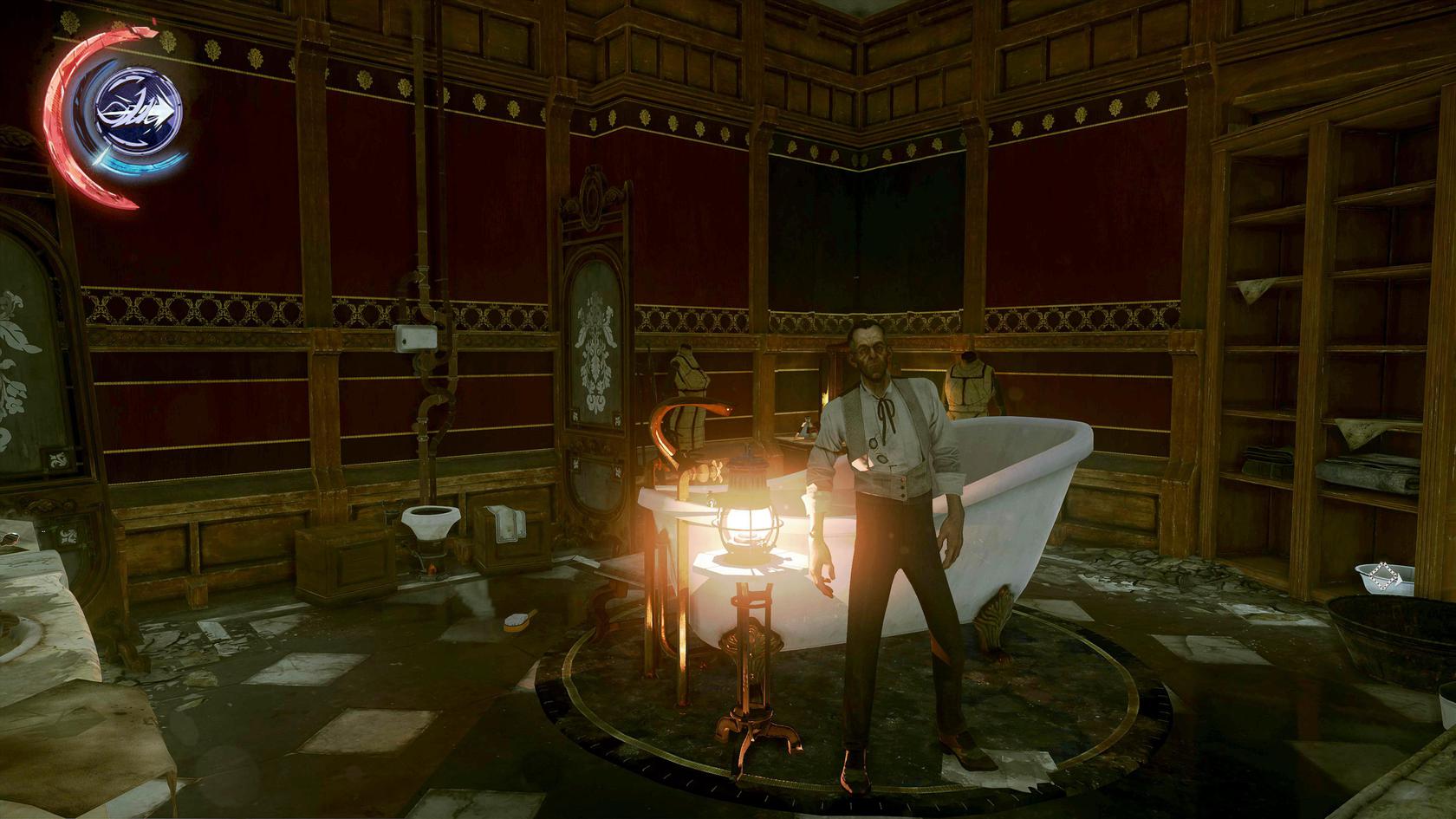 A private citizen is holed up in this bathroom in Dunwall Tower. He’s scared to leave because there’s a killer robot roaming the hall outside the blocked-up door, but you can get in by crawling through an opening near the ceiling. Once inside, you’ll be able to reassure him that help is on the way and he’ll be rescued from Delilah very soon, but mostly you’re here to check out the shitter.

Don’t worry about him, the dude’s hierarchy of needs are more than met. There’s some shitter food in here and I know he’s got plenty of that desalinated tap water fresh from the sea waters surrounding Dunwall Tower. He’s got a couple of dressmaker dummies for company and some lorebooks for when he gets bored. A shitter is the best possible place to have to hide out in the event of a Witchcraft Coup.