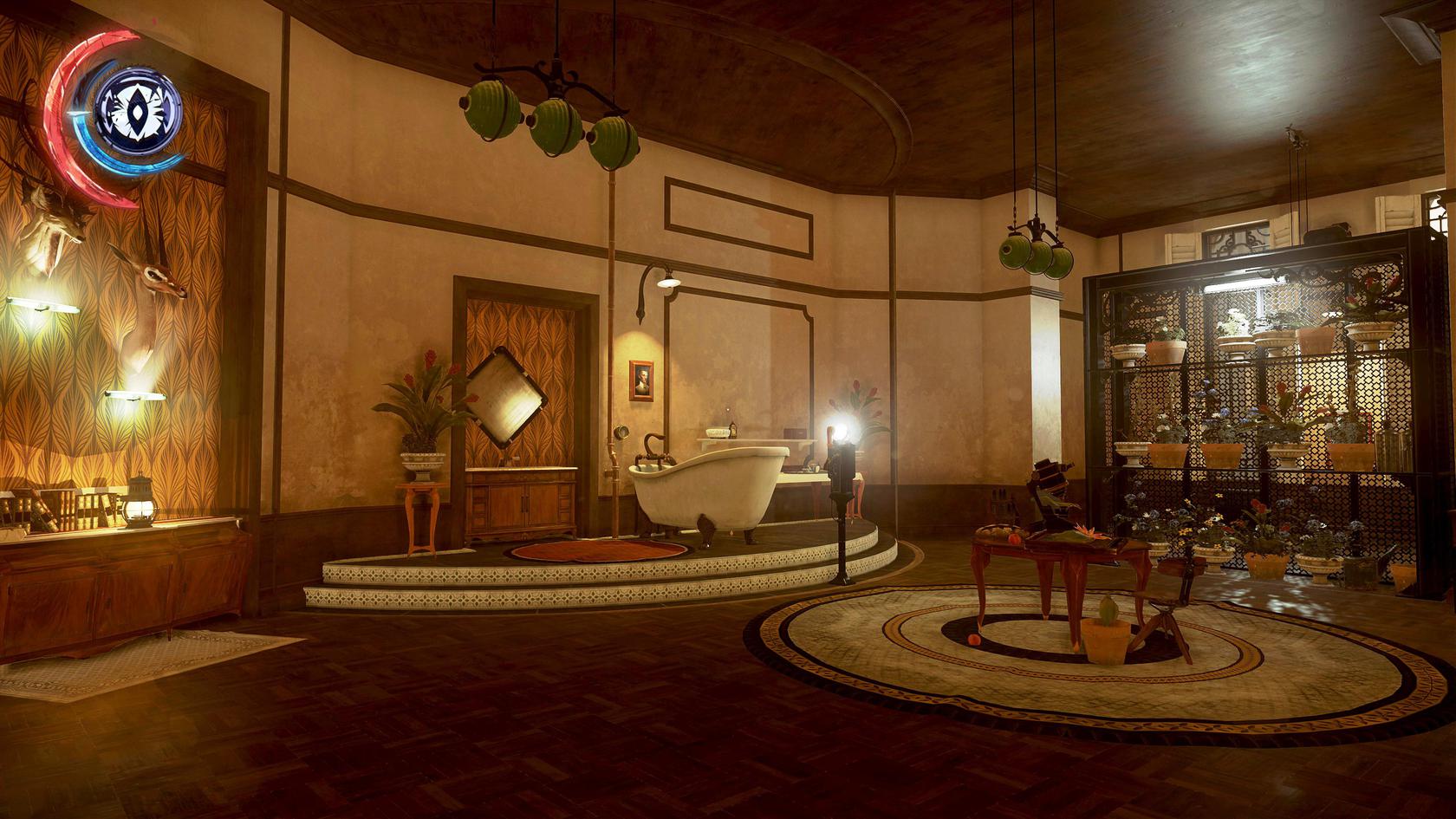 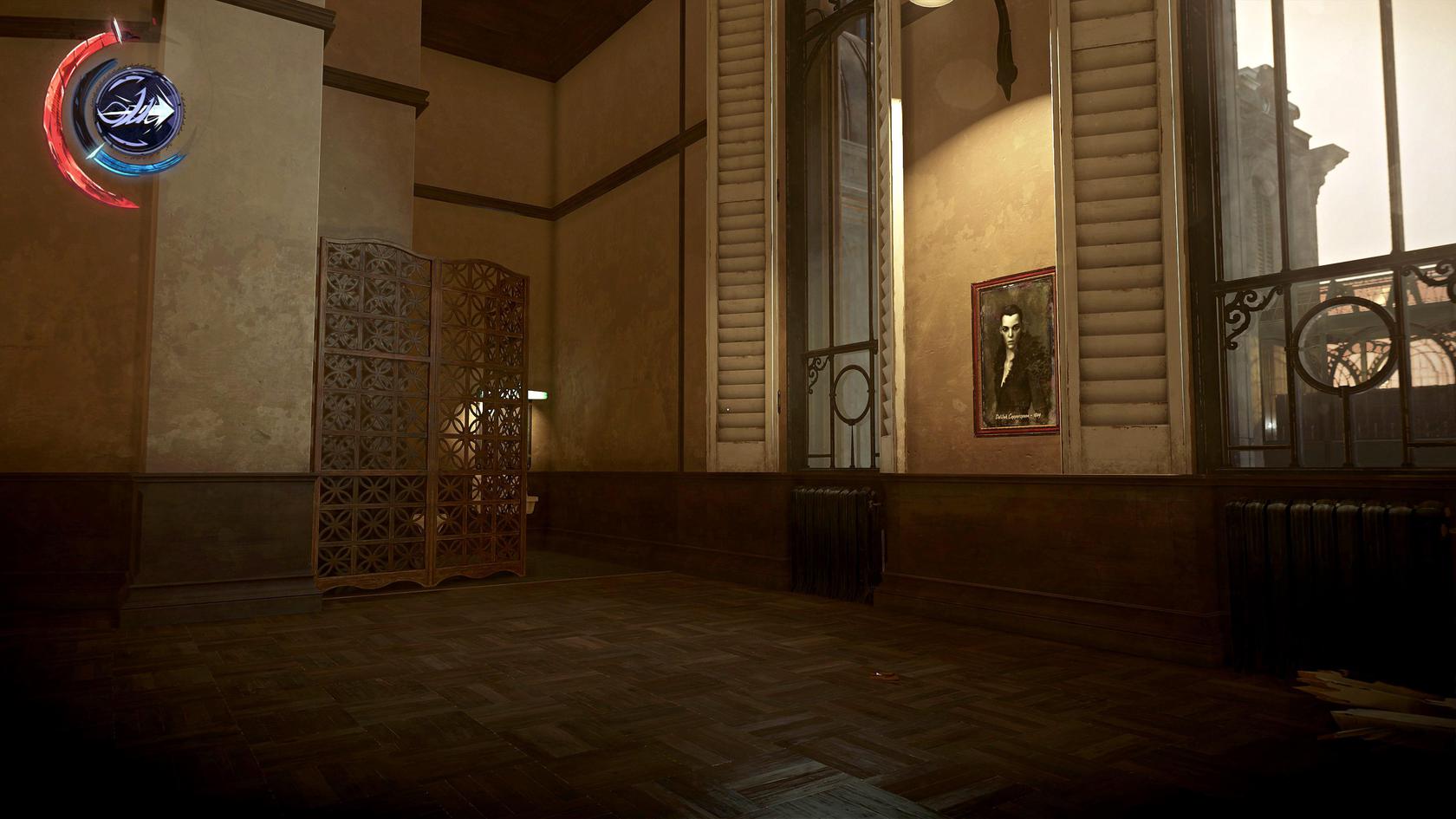 Towering high above the rat-infested streets of Dunwall is the Clockwork Mansion of Kirin Jindosh! It has four floors and two bathrooms. Fuck you I guess if you work here.

If you want to complete the game without ever being seen, you’ll want to traverse the entire map of the Clockwork Mansion without using any floor-shifting levers even once. This is possible if you smash the skylight in his entryway with a bottle and climb around in the ceilings above all the moving parts. However, if you want to take a picture of Kirin Jindosh’s private shitter, you’ll need to move one or two levers.

Jindosh is a weird guy, and not because he spends his life disguising his torture-lab as a quirky, upper-class amusement park. His washroom is way bigger than most entire apartments in Dunwall, and it looks like he mixes his relaxations with his work because there’s a microscope on the table near his bathtub. Maybe he likes to look at his toenail lint under magnification. Freak.

The washroom, which doesn’t even have a chamberpot, let alone a toilet, is in a fussy configuration to the bedroom, which houses the toilet in a little closet. The shitter itself has terrible lighting and is rather unremarkable. Frankly, Jindosh, I’m disappointed in you! To access either one, you’d have to be standing on the other side and use a lever. That part might not so much weird as it is overly complicated, but he has peppered the walls of his washroom and his shitter with portraits of nogoodniks and criminals (including Delilah, Luca Abele and Aramis Stilton), and that part is very weird!