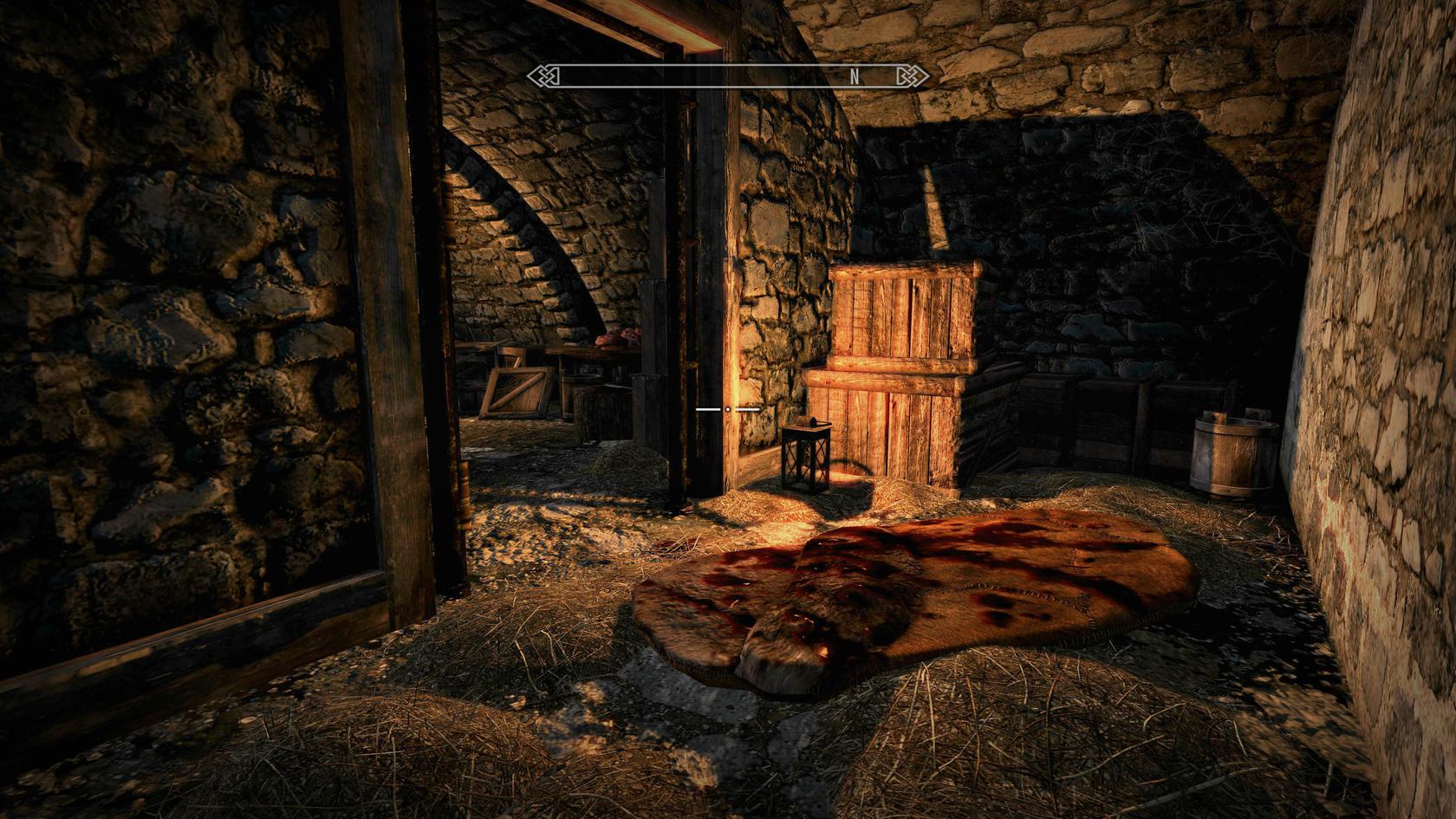 Mirell Hoofbeat lives at a backwater settlement on The Farmers’ Coast. He has a barbaric iron-barred cell in his basement where he keeps his daughter, Bea, who is sick with worms. See, to keep Bea from biting people and burning houses, Mirell has to keep her locked in the basement. Yes, worms are to blame for this!

Well, it ain’t worms, it’s the Red Madness, but anyone with a brain could see that. I shouldn’t be too harsh on Mirell. He’s likely illiterate, has a maximum of nine teeth, and no birth certificate.

When you explain it to Mirell, carefully, and using very small words, he’ll give you a family heirloom in exchange for advice on how to put her down like a sick horse. When you come back in a few days, Mirell claims he did it with a poison tea, but I doubt that. Look at how this cell is all covered in blood! Are you just going to leave it like this, you filthy pig? At least he had the basic humanity to offer Bea a shitter while she was in captivity.

Enderal: The Forgotten Stories is a mod for Skyrim which is takes place on a landmass entirely separate from Tamriel. It is available for free on Steam.