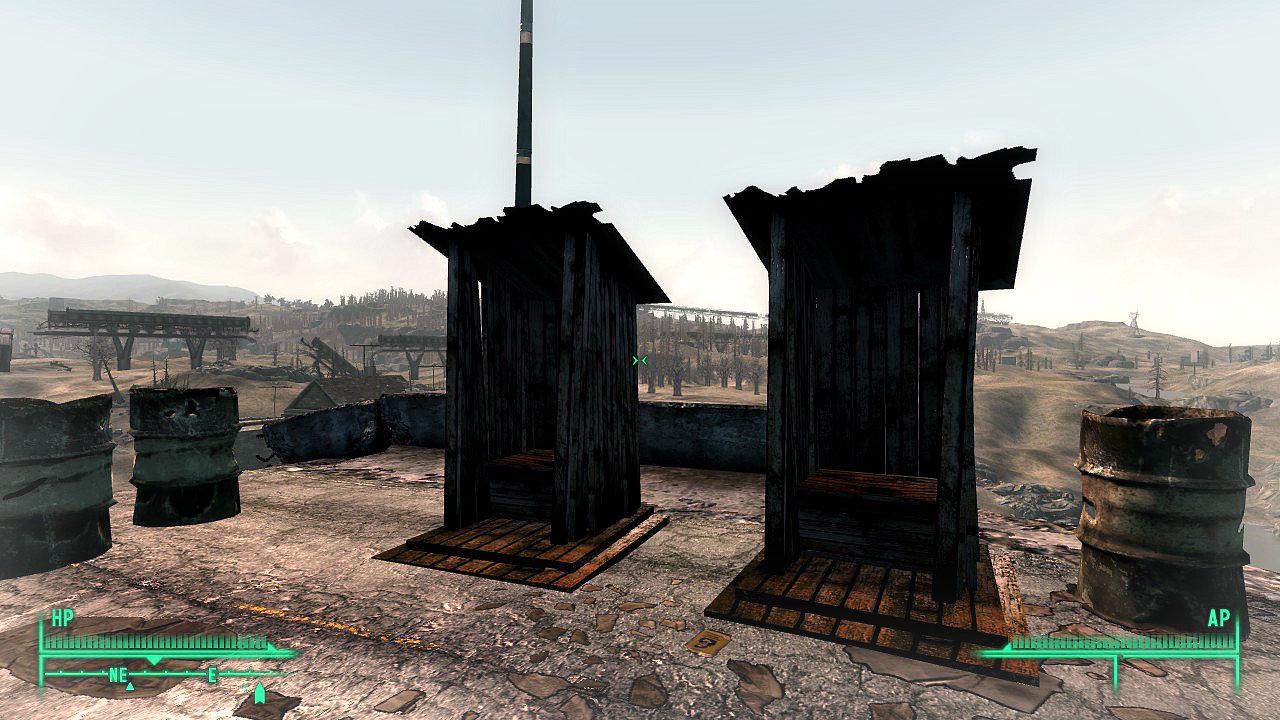 Arefu consists of four houses on a crumbling overpass that extends across the Potomac River. The only way to access this settlement is by approaching from the South, but it still comes under attack from Super Mutants and “The Family.” One thing Arefu definitely has going for it is a couple of really nice shitters. Might I suggest tipping the contents of the shitbins over the edge of the overpass? Make a nice, ripe perimeter that’s sure to keep foes away, and you could even change the settlement’s name to AREyouFUckingkiddingme Withthisgodawfulstenchrightnow.