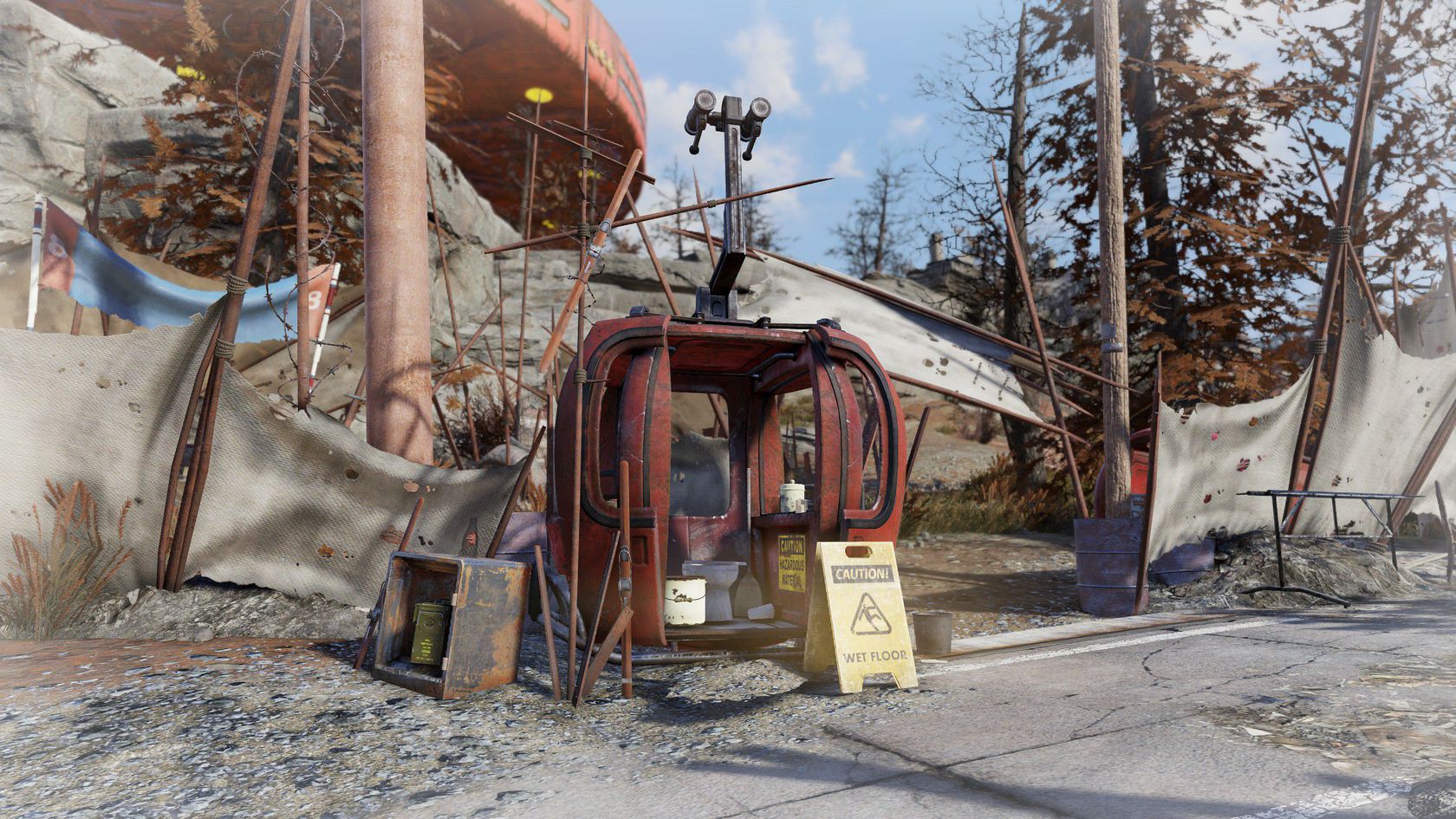 They say imitation is a form of flattery, and they also say you cannot duplicate greatness, only imitate it. Somewhere in Appalachia, you will find a holotape called “Impromptu Raider Meeting.” The contents of this holotape consist of two rival raider factions bickering over whether they should team up or kill each other. I didn’t give it much thought until I saw this at South Cutthroat Camp. This.. this is just embarrassing. First they claim they don’t want to team up together, but to make an almost exact copy of the shitter at Seneca Gang Camp? I’m not trying to be mean, but look at this shit! Seneca Gang did it first, and they did it better! And it makes very little sense. At least Seneca Gang positioned their gondola car appropriately, on the edge of a cliff. I mean, it’s quite difficult to imagine oneself soaring high and free over the ski slopes in a gondola car when it is on the ground.