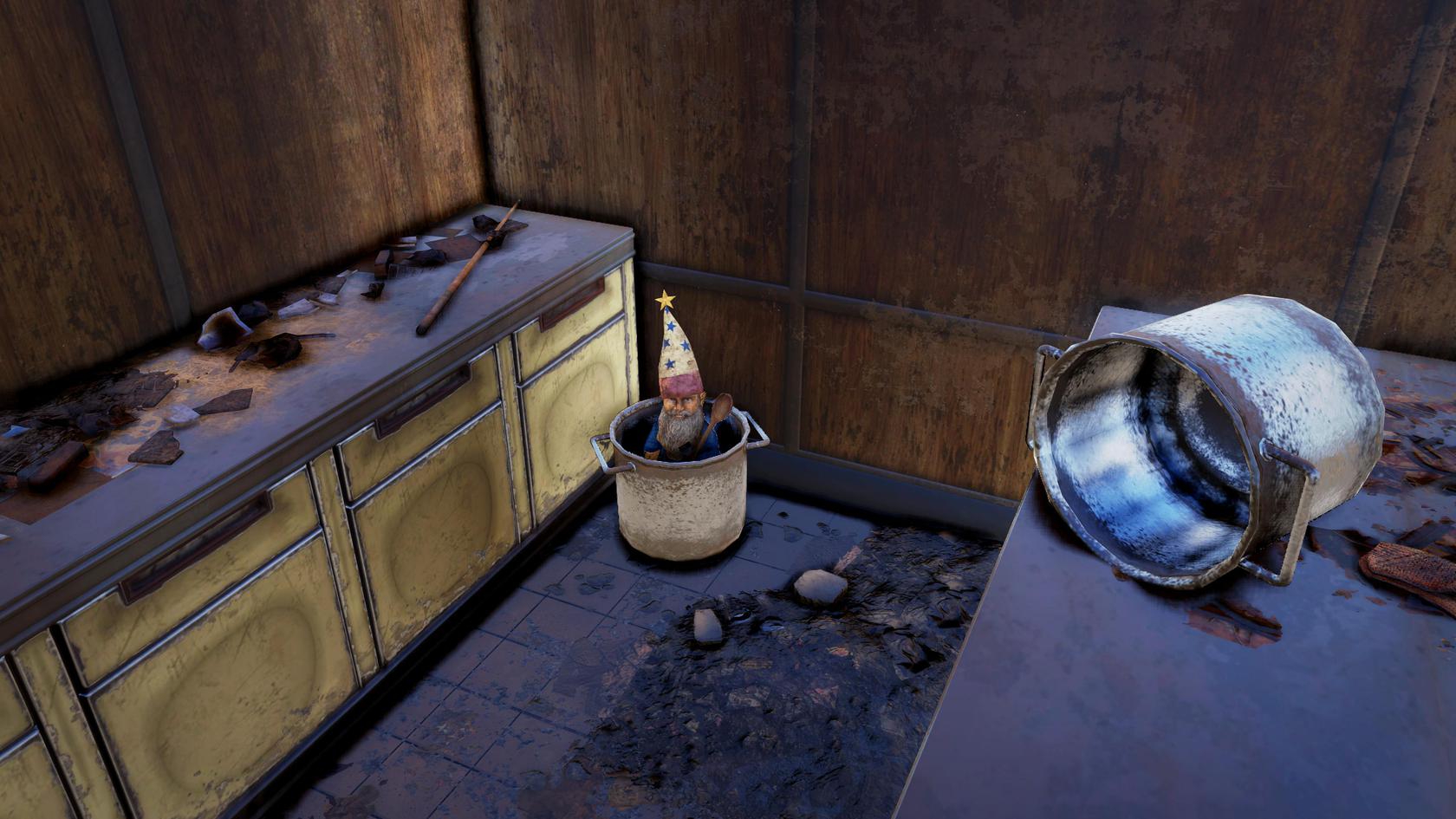 Four gnomes are standing in line facing the same direction. They are all wearing hats, but know not the color of their own. The first gnome is blind and does not see the colors of the other hats. The second gnome is able to see the hats of the two gnomes in front of him. The third only sees the hat of the fourth, and the fourth does not see any hat at all.

The gnomes would like to know the colors of the hats they are all wearing without checking their own. So instead of figuring out this logic puzzle, they went to the Red Rocket Megastop and asked the Gnome Wizard, who said something like, “We gnomes are evil, riddle-telling gremlins that forebode tragedy! Beware! Go forth now and spread true fear! Yeeehehehehehhe!”

fallout
fallout 76
are you afraid of the gnome